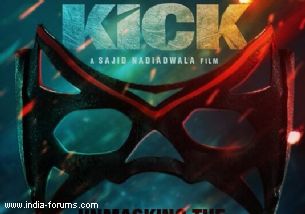 Filmmaker Arbaaz Khan was "blown away" after watching the trailer of "Kick" and predicts that the film will turn out to his superstar brother Salman Khan's biggest hit.

"The trailer of 'Kick' is outstanding. After watching it I was blown away," Arbaaz told reporters here Tuesday at the Gillette initiative - Because You Are A Role Model.

"I am pretty sure that the film will be Salman's biggest hit, inshallah," he added.

Salman's last release was "Jai Ho", which got mixed response at the box office. However, he looks impressive in the promos of "Kick" packed with his different avatars, including a mask appearance and daredevil stunts on s bike and a cycle.

The film is also important for producer Sajid Nadiadwala, who is making his directorial debut with it.

Meanwhile, Arbaaz, 46, is looking forward to the film and is very much impressed with Salman's look and character in the film.

"Right from the film's look to the way it has been shot, the way his character is looking in the film, I personally feel this film will be a 'dhamaka'. A big blockbuster is awaiting us," Arbaaz said.

"Lets see how much audience will appreciate it but I personally feel 'Kick' should be a very big hit," he added.