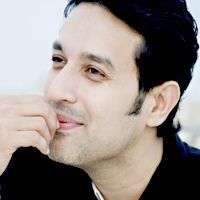 Colors Tv popular show Na Bole Tum Na Maine Kuch Kaha is all set to welcome a new character in the show. This new character will be played by Khalid Siddiqui who will play Renu's cousin Manav in the show. Manav who is settled abroad, will come to see the Vyas family after a long time. Khalid Siddiqui was last seen playing the role of Jay Vardhan in Dhoondh Legi Manzil Hamein.

Earlier the production house approached Cezzane Khan to play the role but after he rejected the offer, many known faces were approached to play this role and finally Khalid Siddiqui has been signed to play the character in the show.

Tellybuzz got in touch with Sudhir Sharma the producer of the show who confirmed the news saying, "Yes! Khalid Siddqui has been finalized to play the role of Manav in the show. He is appropriate for playing the character of the show we were looking for. It's going to be an interesting track ahead."

KeerthiV 8 years ago Khalid welcome to NBT. HoPe you enjoy your role and stay positive :D

rahulv 8 years ago Loved ur entry in fridays episode :)..Please play as cupid and bring Meghan together :)

madhu205 8 years ago Hope "Mr clean" would make Megha realise her love for Mohan..Welcome to our Beautiful show Khalid aka Manav :)

KeerthiV 8 years ago Welcome to NBT, Khalid. Hope your role is positive and you bring Megha & Mohan closer.

soapliker 8 years ago Yesterday was a great epi after so long. Cannot wait

ashoo_butt 8 years ago he is looking cool... looking forward for his and meghaz interaction..