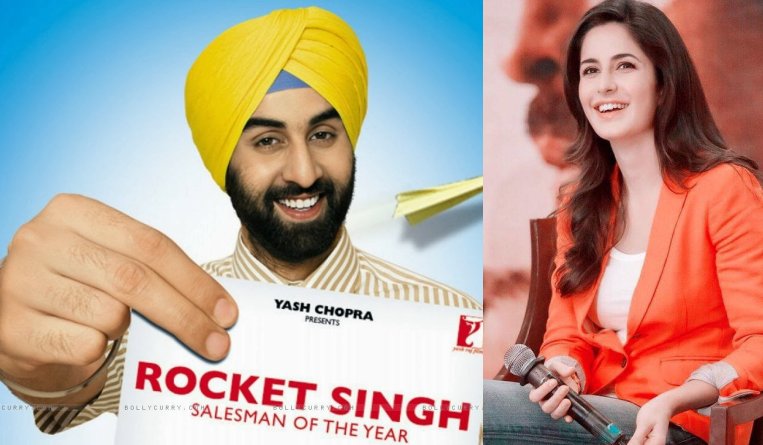 Actress Katrina Kaif says she knew that her "Jagga Jasoos" co-star Ranbir Kapoor's 2009 "boring" film "Rocket Singh: Salesman of the Year" would not do wonders at the box office.

During an interaction with the media here on Thursday, Ranbir, Katrina and "Jagga Jasoos" director Anurag Basu were asked if they are confident about the success of the film that got delayed several times.

Ranbir said: "I cannot predict the box office success, but I know it's a good film. After 'Rocket Singh..., I thought I made a 'Munnabhai M.B.B.S.' but then we all know that the film didn't work. So, as an actor, you cannot predict."

Katrina added: "I knew that 'Rocket Singh...' would be a flop. After watching the film, I called him and said that it's such a boring film! But in this film ('Jagga Jasoos') we all enjoyed the process while filming. Every day when we gathered on set, we knew we are creating something new and interesting. As an actor, the outcome is not in our hand, but the process... I thoroughly enjoyed."

Ranbir is also one of the producers of the film. Asked if he is a better friend or a producer, Katrina said: "I think he is my best friend."

"Jagga Jasoos" is releasing on July 14.

Sanjay Dutt's Close Friend Reveals his Condition and How He ...
8 minutes ago

Virat Kohli and Anushka Sharma 'Take a Break' with Instagram ...
9 minutes ago