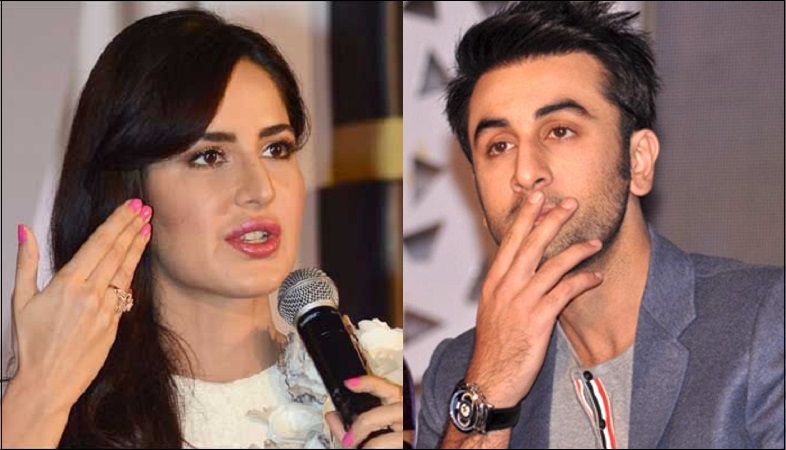 Ever since their bitter break-up, Ranbir and Katrina have kept their distance from each other. The ex-lovers have done their best to avoid each other at parties and events. But with the release date of their movie 'Jagga Jassos' nearing, the duo is forced to make appearances together.
The former lovers have been handling their professional relationship very well, however, in a recent interview with VJ Xerxes on MTV Insider 2, the duo was seen getting extremely uncomfortable and the awkwardness and tension between them was palpable.
When VJ Xerxes asked Katrina about her role in the movie, Ranbir barged in while Katrina was talking and an agitated Katrina retorted, "You do realize you are talking about my character when I am sitting right here" to which a pompous Ranbir said, "Yes but you are not saying it properly. I am the producer of the film. I have produced this film, I can talk about it."
Ranbir kept interrupting Katrina while she was talking. Fed up of the constant mansplaining, an angry Katrina said, "He treats me like a kid like I know nothing. He won't let me finish my sentences."
What's up, you guys?
Link to the video:
0 Likes

crazy66 3 years ago What a non-story. IF, please stop the crap. RK and KK keep pulling each other's leg during the promotion.

twinkle_af 3 years ago Weird body language and more weirdity when one answers and the other makes clown faces in disagreement.

I dunno why Kat had her own space, she would have lived it. She ran after a guy who had his own space and owned his life by his own rules. It never worked out for both and that hate can be seen right here.

j_love 3 years ago What nonsense! Have you looked at the video properly? Where did she slammed him?

"She thought Ending her Life was a Better Option": Sonakshi ...
4 minutes ago

Randeep Hooda Expresses Shock; Voices his Concerns and ...
16 minutes ago

Deblina Chatterjee to be seen as Lakshmi in Vighnaharta ...
33 minutes ago

Here’s why Akhilendra Mishra initially denied playing the ...
35 minutes ago

Sushant Searched about Painless Death, Trouble in ...
42 minutes ago