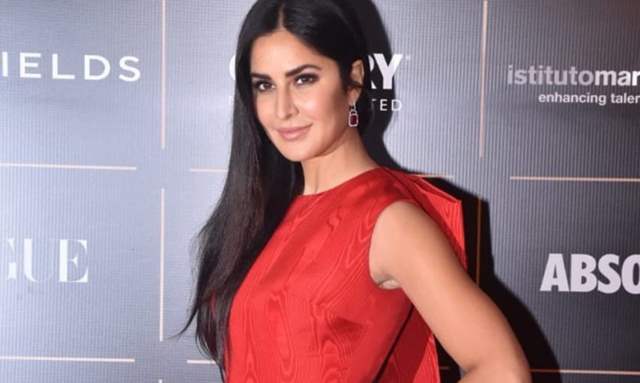 With the release of Shershaah inching closer, the anticipation to witness the tale of sacrifice and courage has been tearing the roof. Recently, the makers arranged for the screening of this Sidharth Malhotra and Kiara Advani starrer in Mumbai. The show was attended by several iconic Bollywood stars and the friends of Shershaah actors.

Actress Katrina Kaif was also seen at the screening of Shershaah along with her sister Isabelle Kaif which was held on Tuesday evening. Later in the night, the 38-year-old actress reviewed the upcoming film and showered praises on her friends and colleagues - Sidharth and Kiara.

Taking to her Instagram story, Katrina shared a poster of Shershaah trailer as she wrote,  “Loved the film – such a beautiful story so well told- @sidmalhotra you just hold the screen, such a heartfelt performance. @kiaraaliaadvani is absolutely stunning and pitch perfect” followed by a heart emoji. 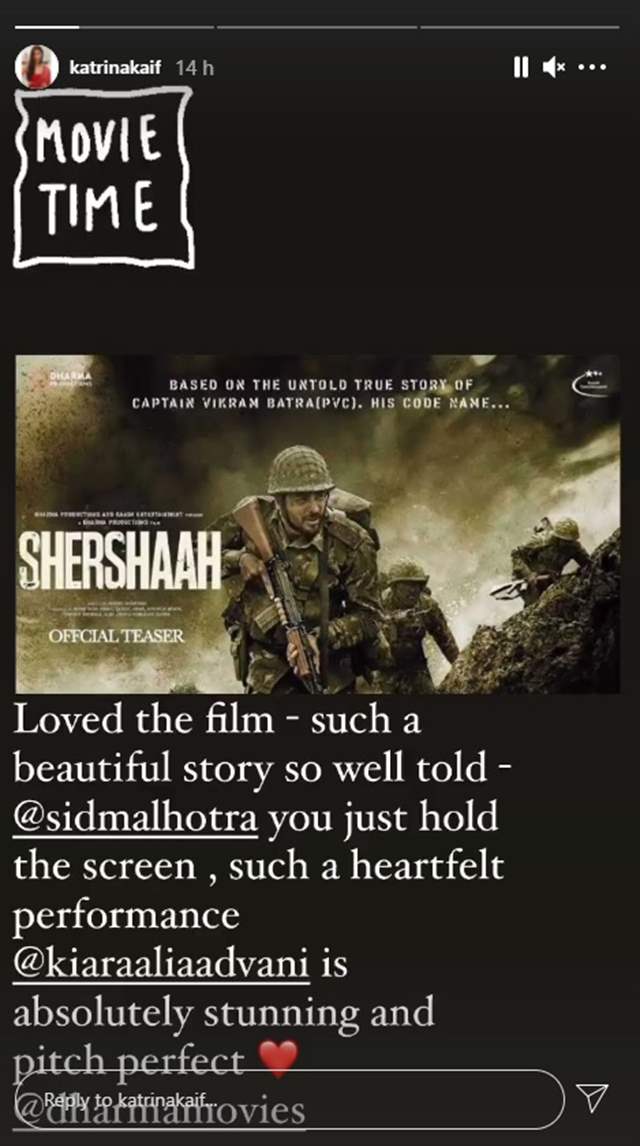 Sidharth Malhotra has been garnering immense appreciation for shouldering the brave role of Captain Vikram Batra in the much-anticipated film, Shershaah. Over the past few years, Sidharth spent a lot of time with Vikram Batra's friends and family to understand him better.

The actor's meeting with Vishal Batra - Vikram Batra's brother - gave him the vision to create a film on his inspirational journey.