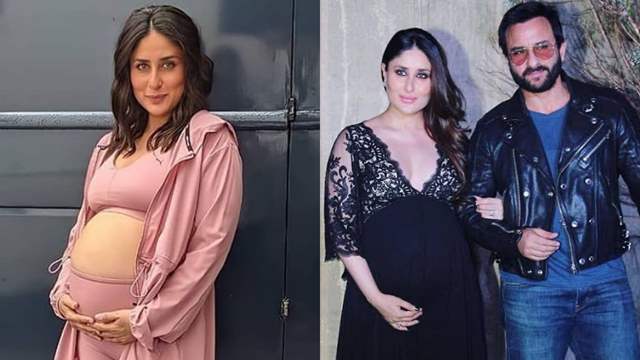 Kareena Kapoor Khan had set an example with her determination when she continued working during the time when she was pregnant with baby Taimur. And it is nothing different during her second pregnancy as she continues to work through her pregnancy like a boss woman.

After wrapping up the shooting of Laal Singh Chaddha with Aamir Ali Khan, Bebo is currently shooting for her show What Women Want. In a recent interview, she opened up about being a working woman and also hailed husband Saif Ali Khan for being understanding and supportive.

Kareena was also asked about her take on the recent debate around ‘period leaves’ for women, to which she responded by saying: “Every woman’s body is different, and their comfort levels are different. Some people have back pain or terrible cramps, and if a woman cannot come to work, every company should understand that.”

She also shared her period story and said, “For instance, I might not get cramps, but I could not have possibly done certain songs when I had my periods, so I have managed my work around that. Companies or production houses should understand that. This is a natural thing, and women should do what’s best for them.”

Speaking of working through her pregnancy, the actress says that she never planned to do it this way. She says that she has never been that kind of a person who would sit at home and thus likes to continue working.

“I am doing what I want to do. Working — whether it’s during my pregnancy or post-delivery — has been a point to just say that when has anyone ever said that pregnant women can’t work? In fact, the more active you are, the healthier the baby is and the happier the mother is. After delivery, too, once you feel fit enough, one should do what they feel like doing, and try to balance it out between giving time to the child as well as your work and yourself. I have always been very proud of being a working mother” she says.

Furthermore, Kareena also credited hubby Saif for his understanding of working women and added that he gets it from his mother Sharmila Tagore.

“I think that he does understand in a way, especially when it comes to working women — be it a mother, sister, wife or daughter. He understands and respects working women a lot. He gives us the space to do exactly what we want. I think a happy woman is the one who is doing what she loves the most. I am glad that he understands that, and I believe that it comes from his mother.”

Saif and Kareena had announced their second pregnancy in August and will be welcoming their second baby sometime early next year.