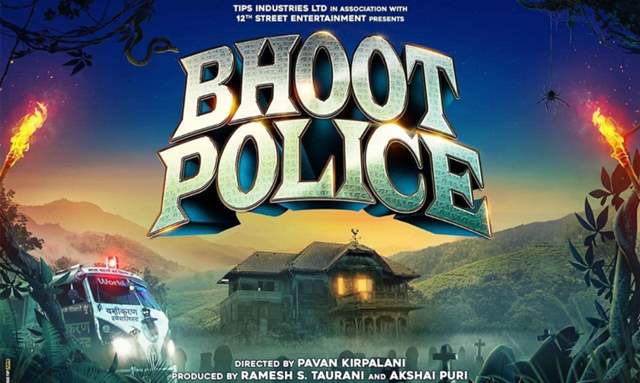 Actors Saif Ali Khan and Arjun Kapoor are all set to be seen alongside each other in the horror-comedy titled Bhoot Police. Jacqueline Fernandez and Yami Gautam will also be seen co-starring along with them and have been roped in as the leading ladies of the film.

The case recently headed to Himachal Pradesh for the shoot as the supernatural comedy flick has finally gone on floors on Thursday.

Meanwhile, Kareena Kapoor Khan is also excited for hubby Saif’s upcoming film and unveiled the brand-new poster of Bhoot Police. The actress took to her Instagram page and shared a not-so-spooky poster and wished the team good luck.

Bhoot Police is helmed by Pavan Kirpalani and produced by Ramesh Taurani, Akshai Puri and co-produced by Jaya Taurani. Saif will collaborate with Arjun and Yami for the first time whereas, has earlier worked with Jacqueline in Race 2.

Earlier in 2019, when Bhoot Police was initially announced, the cast including Saif Ali Khan, Ali Fazal, and Fatima Sana Shaikh.