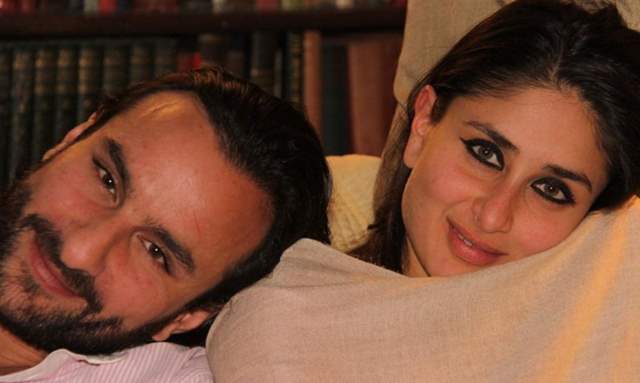 Kareena Kapoor Khan and Saif Ali Khan are all set to celebrate their 8th wedding anniversary today. The power couple tied the knot on October 16, 2012 followed by a beautiful and intimate wedding ceremony and began the journey of their 'happily ever after.' Saif and Kareena are blessed with Bollywood’s most loved and youngest celebrity - Taimur Ali Khan.

However, the Nawab and his beautiful Begum have another reason to celebrate this year as they would soon welcome their second child next year.

While their romantic tale is nothing short of an adventure, the couple has been among the most loved duos in Bollywood. On their 8th wedding anniversary Kareena had the cutest and most adorable post for her the love of her life and penned the secret behind her 'happily ever after' with Saif as she wished him and well.

Kareena shared a candid picture with hubby Saif on her Instagram handle and wrote, “Once upon a time there was a girl named Beboo and a boy named Saifu.

They both loved sphagetti and wine... and lived happily ever after.

Now you guys know the key to a happy marriage

On that note, happy anniversary SAKP... here’s to eternity and beyond”

The couple welcomed Taimur Ali Khan on December 20, 2016, who is the internet's favorite star kid. The actress made her social media debut this year and she has been posting numerous photos of her life indoors this lockdown, which fans of the star are absolutely loving this change.

Now, Kareena and Saif are all set to welcome their second child as the actress revealed a while back that she is expecting. The couple had issued a statement to the media and expressed that they are happy and excited about the addition to their family. As the couple celebrates their 8th wedding anniversary, wishes have been pouring in for the two on social media from fans.