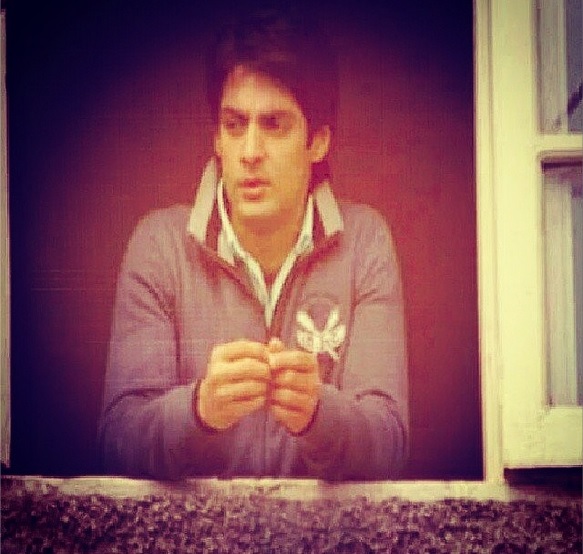 Television's cute looking actor Karan Wahi who has made his way to Bollywood with YRF's Daawat E Ishq is currently shooting for his UTV Spot boy's 2nd movie Babbu Ki Jawani in the exotic locales of Shimla.

While the heat is at its peak in Mumbai and other parts of India, the cool guy Karan is enjoying shooting in the chilling locales of Shimla. Karan has been taking some time out from his busy shooting schedule to capture some moments while shooting for the movie and sharing with his fans on Twitter.

Reportedly, Babbu Ki Jawani is a romantic comedy in which Karan will be seen playing the character the Babbu. Karan who is enjoying his shoots out there, tweeted - Early morning shoots are always fun...though its freeezinnnggg in shimlaaa.'

We couldn't reach Karan but the pictures say it all that how much this cool hunk is enjoying shooting in the chilling locales of Shimla. We hope that Karan would get to cherish the memories forever!

We wish him all the best for his movie.

rewaa90 6 years ago
U r so handsome. Loving ur shooting pics Karan Wahi

princekw 6 years ago
I m crazy abt u Karan Wahi. U rockkk dude

mylovekw 6 years ago Eagerly waiting for your movies Karan Wahi :)

livingbeauty10 6 years ago Love u Karan Wahi. Proud of u
GOD blesss

lovekw11 6 years ago Love u alot Karan Wahi. All the best 4 ur movies.

love_karanwahi 6 years ago U r so handsome. Loving ur shooting pics Karan Wahi