Mumbai, Dec 29 (IANS) Karan Johar is not only a successful producer-director, he is one of the rare filmmakers who encourages new talent. His ready-to-release 'Agneepath' has been directed by first-timer Karan Malhotra and KJo says he had complete faith in him. 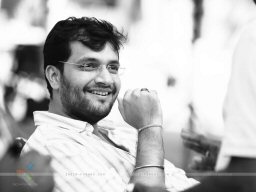 'He is making a multi-crore film for the first time. I don't have to say anything more, but the fact that I have implicit faith, trust and respect for his talent,' said Karan at a promotional event for 'Agneepath'.

Malhotra, who was an associate director with Karan on films like 'My Name Is Khan', helmed 'Agneepath' which stars big names like Sanjay Dutt, Hrithik Roshan and Priyanka Chopra.

'The fact that he has been given this chance to make this monstrous budget film with this big star cast, that speaks for itself and the faith we have in him and his talent,' said Karan whose banner is ready with another film 'Ek Main aur Ekk Tu', again directorial debut of Shakun Batra.

Before Batra and Malhotra, Karan launched new directors Ayan Mukherji with 'Wake Up Sid'; Rensil D'Silva with 'Kurbaan'; Tarun Mansukhani with 'Dostana'; Siddhartha Malhotra with 'We Are Family'; and Punit Malhotra with 'I Hate Luv Storys'.

Meanwhile, Karan is busy with his directorial venture 'Student Of The Year', which he is co-producing with Shah Rukh Khan.