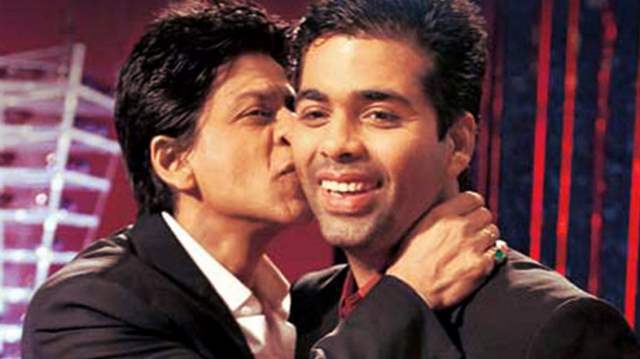 Shah Rukh Khan is celebrating his 57th birthday today, and we can't keep calm. While he has been getting showered with greetings and wishes from all across the globe, his family members and close friends are penning beautiful notes to wish him on the special day.

Now, Shah Rukh's closest friend and one of the people who has been a part of SRK's journey, Karan Johar took to his Instagram handle and penned a lengthy note to pour out his adoration for the actor.

Karan Johar shared a montage video which had pictures from all the amazing memories he shared with SRK, on and off sets and the backdrop had his song 'Main Hoon Na' playing.

Karan Johar's caption read, "The film was KARAN ARJUN… the set was in Film City… my father and I arrived ( me playing the part of a plus size hanger on) for a professional meeting ( the signing on the dotted line for the film DUPLICATE) I had many apprehensions about movie stars … many of them based on fact and some ofcourse Stardust! So I wondered about this new breakthrough star who was apparently a lot like his first big hit ( DEEWANA for the uninformed ) … he was in costume and met me father warmly and gave him a massive jhappi! He shook my hand and with his immensely kind eyes asked me many questions about my non existent career and my unproductive life ( at that time ) My answers were as bland as khichdi for an upset stomach but he listened with so much attention that I felt at that time that I had cracked the Da Vinci code…"

He added, "That was 29 years ago…, Today I call him Bhai and he still listens to me with wrapped attention ( even when when I am discussing my trials and tribulations of hosting a talk show ) his kind eyes are even kinder … and his …PERSONALITY! That word just means SRK!

For me he is more than family and will always be the my fiercest Critic and my hugest inspiration … I owe my entire being to Adi and bhai…. And today I celebrate him and his extraordinary teaser of what I believe is going to be a juggernaut blockbuster! Hail the King !!! Because there isn’t and will never be another ! Love you Bhai❤️❤️❤️❤️".