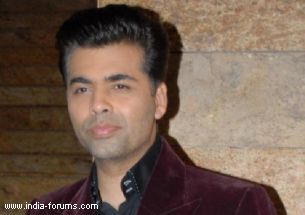 Filmmaker Karan Johar will be seen on the big screen again and the makers of "Bombay Velvet" say that he didn't accept a single paisa as an actor's fee for his negative role in the film.

As a token of appreciation, co-producer Phantom Films (Anurag Kashyap and Vikas Bahl) has sent a giant Rs.11 cheque as a symbol of friendship between them and Karan.

"Yes, he has not taken any remuneration, because this film is his 'passion project'. I think the full team will always be indebted to him," Bahl said in a statement.

The romantic thriller, which stars Ranbir Kapoor and Anushka Sharma in lead roles, is set to release Nov 28. It has been co-Produced by Fox Star Studios and Phantoms Films.