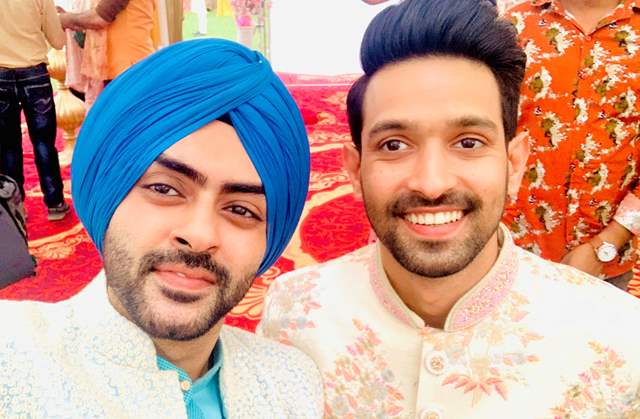 Karan Singh Chhabra, who is best known for his appearance in shows like State of Siege 26/11 on Zee5 and having interviewed stars like Shah Rukh Khan, Hrithik Roshan, Aishwarya Rai Bachchan on an international chat show, will next be seen in the upcoming film Ginny Weds Sunny on Netflix starring Yami Gautam, Vikrant Massey, Aisha Raza, and Rajiv Gupta among others.

He says, "This is a light-hearted romantic comedy film with amazing songs and much needed in these tough times."

The film follows the story of a headstrong girl, Ginny, who meets Sunny for an arranged marriage, but turns him down, and then shows how Sunny teams up with Ginny's mother to win her love or maybe not.

"The name of my character is Timmy (Yami's Friend) and I play a small part in this big film but working with actors like Yami Gautam and Vikrant Massey was a learning experience in itself. They both look so effortless on-screen and were equally fun off-screen too. I still remember 'Bala' had released in the movie halls and we were shooting in Mussoorie when suddenly Yami and her team planned to take us out for the movie. From the actors to the Producer and Director it was like a big happy family on a holiday" Chhabra said in a statement.

The film, directed by Puneet Khanna and produced by Vinod Bachchan, releases on October 9, 2020.