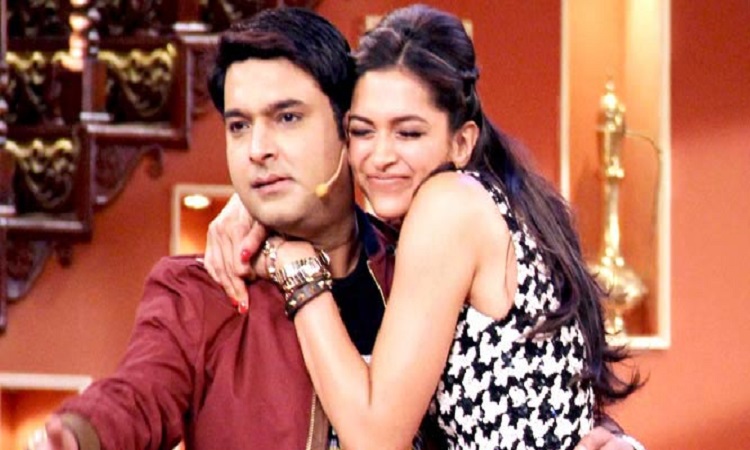 Comedian turned actor Kapil Sharma who is gearing up for the release of his upcoming film 'Firangi', is known to be fond of actress Deepika Padukone. In a recent interview with us, Kapil chose to express his disappointment when he heard the news of Deepika Padukone receiving death threats by a Rajput group.

Recently a member of Akhil Bharatiya Kshatriya Yuva Mahasabha was quoted stating, "Anyone who brings the head of Sanjay Leela Bhansali and Deepika Padukone will be rewarded with Rs 5 crore. Rani Ma Padmavati had sacrificed her life with 12,000 other women in mass immolation (Jauhar), and Bhansali has raised a question on her courage by showing her in a bad light in his film. This is unacceptable. Either both of them should leave the country or get ready to be beheaded".

When asked Kapil about his reaction on the same he said, "A genuine human will, of course, feel disheartened after listening to this comment. It shouldn't be like this. It isn't like its Deepika's fault. We haven't seen the film so we don't know if there is something objectionable in the film. We all should till the release of the film. But, I felt hurt after hearing these threats".

Talking more on the Padmavati row, he expressed, "Actually the entire controversy is very confusing for me. I am feeling bad for the Padmavati team because it takes a lot of effort to make such a big film like on the scale of Padmavati and then these controversies are really disappointing".

Amidst all this serious discussion, Kapil being the funny man himself lighten the mood by saying this; when asked Kapil on his views about his film now releasing on the actual date of Padmavati's release (i.e 1st December), he joked, "If I don't take Deepika's slot then who will".

Kapil Sharma will mark his second outing in Bollywood with Firangi. This period action-comedy drama film is slated to release on 1st December 2017.