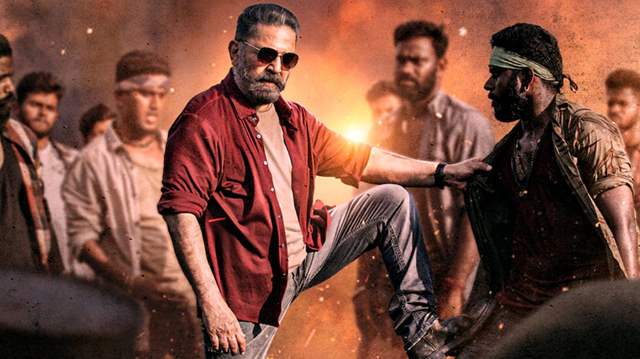 Kamal Haasan and the team are ramping up for the release of the much-awaited film Vikram. Kamal Haasan has arrived in Dubai to promote his forthcoming flick, which is helmed by Lokesh Kangaraj.

On Wednesday night, when the film's teaser was presented on the Burj Khalifa in Dubai, the hype for the movie flared up a pitch higher. A clip of the actor watching the trailer in a spectacular setting has gone viral on social media.

Kamal Haasan can be seen in the video seated on a chair, watching the trailer atop the Burj Khalifa. The actor seemed to be delighted as he watches it. In addition to Kamal Haasan, the film also stars Vijay Sethupathi and Fahadh Faasil. Vikram's trailer has once again set the internet on fire.

Director Lokesh Kangaraj presented Suriya's look for the film yesterday, as he appears in a cameo role. It also hinted to the character Suriya will play in the film, with the caption "Suriya as?" The internet was thrown into a frenzy after the poster was unveiled.

Kamal Haasan will be at Chennai's Rohini Silver Screens tomorrow, June 3rd, at 4 a.m. to address fans for the first day's first show. The FDFS concerts are set to begin at 7 a.m., and the reception is likely to be unparalleled. The actor recently revealed that he intended to shoot Vikram in all languages but that it was not possible. 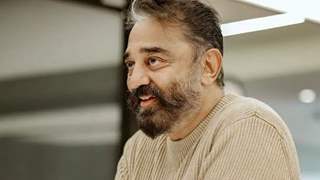 + 3
2 months ago Unique talented casts are in this movie