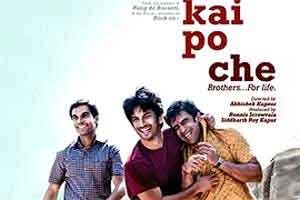 The film, based on Chetan Bhagat's bestseller "The 3 Mistakes of My Life", narrates the story of three friends who share a dream, but a sudden earthquake and the outburst of deep religious and political conflicts between Hindus and Muslims, disrupt the course of their lives.