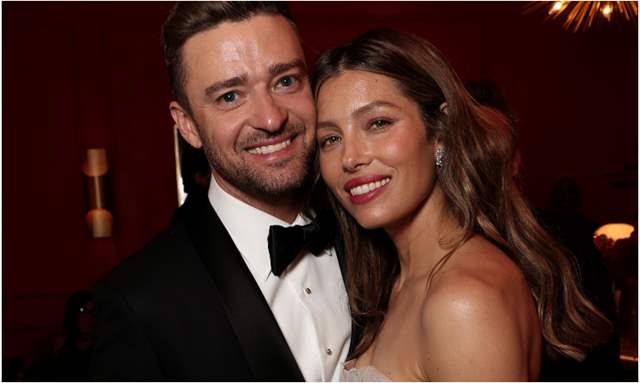 American singer-actor Justin Timberlake has now confirmed the arrival of the second baby in 2020, with actress Jessica Biel. The couple who married in 2012 share a 5-year-old son Silas, and had not revealed they were expecting.

Justin made the blissful announcement during a virtual appearance on The Ellen DeGeneres Show and revealed that have named their baby boy Phineas.

When quizzed on how different it is to be parenting two children instead of just one, he quipped, "We don't see each other anymore." He then added, "It's a lot of fun, but I guess the saying goes, you go from a zone defense to a man-to-man really quickly. Sort of like, 'You go get that one, I'll get this one!'"

The singer also informed that Silas is thus far enjoying his new role as a big brother.

"Silas is super excited," the Friends with Benefits star continued. "Right now, he's very much liking it. Phin can't walk yet or chase him down, so I don't know. We'll see what happens."