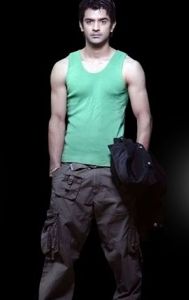 The misconception about Shravan (Barun Sobti) being a gay in Sony TV's Baat Hamari Hai will now take a 360 degree turn wherein his family along with Shravan will get an electrifying shock which will on one hand clear the confusion of Shravan being a gay, but on other hand will create huge problems in his relationship with Saachi. Read more.

A source from the sets informs, "Shravan will not only have to prove himself of not being a gay, but will also fall into another major problem when a small kid will enter the family claiming to be Shravan's son. This will create sourness in the relationship of Saachi (Ankita Sharma) and Shravan which will lead to another track, where Shravan will try his best to prove his innocence."

"Eventually it will be proved that the kid is not his son, but a trap set by someone for Shravan", adds our source.
However, before the commencement of this track, there will be some hilarious sequences where the family members send a girl to seduce Shravan to know whether he is interested in a girl or not. But Shravan being the righteous guy shoos the girl away, without showing any interest.

When contacted, Barun Sobti confirms, "Yes, the track is very hilarious and soon the audience will see a junior Shravan entering the show."

Don't forget to see how Shravan will tackle this situation in his own unique way!

NikkisRuble 6 years ago Barun Sobti come back
Waiting for u love u a lot...

stg1 6 years ago love u Barun Sobti, wondering if this story line would have followed u to more shows if u'd stayed in tv! :P good luck for everything and stay blessed always :)))

Alaya F on working during lockdown: Everything now takes 5 ...
52 minutes ago