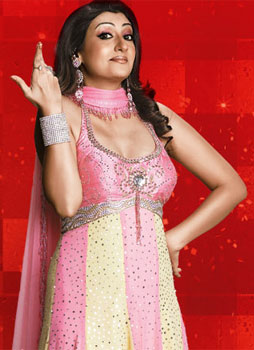 STAR Parivaar Awards – one of television’s most prestigious awards has STAR honoring the best of its family members for entertaining its audiences. The awards, launched in 2002, take place on a larger and grander scale every year.

But this year, many of the family members were unhappy with the nominations for the awards. One of them being Juhi Parmar. In fact, Juhi was so upset with the team that she even refused to perform for the awards ceremony. When Telly Buzz asked the vivacious actress the reason for being so upset, she quips, “Yes, I refused to perform for the STAR Parivaar awards. Kumkum is such a popular serial and has a huge fan following. It is really surprising that there were hardly any nominations from the show. And, I am not saying this as Juhi Parmar. I felt very bad as I am very passionate about my show and I do know that people do like my show very much.”

Adding further she says, “I felt that the nomination was not proper at all. Initially, I was ready to perform but when I saw the nomination details, I refused to perform. I don’t want to name any production houses or any actors, but if they can nominate actors who have played characters that get married 6-7 times, then why could they not nominate Sumeet, who has even died for Kumkum and his love.” 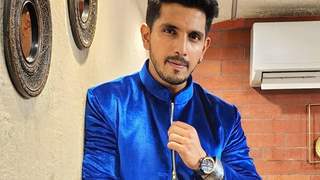 It nice to see that you stood up for the serial, your co-stars and us fans.

desisugar82 14 years ago good job juhi!!...for standing up for yourself, ur fans and ur co-stars....we r really proud of u...kumkum is a really good show...its the only one worth watch on star...the spa people really messed up this year...i cant believe they didn nominate u or hussein!!!..its really unfair!!

+ 4
14 years ago juhi is right
she is not doing this for nominations she performed at sansui without even 1 nomination
she stood up for her show and costars
she is talking abt a show here and not herself
kk is a great show it has developed very well
it is a different show and has always been brillant
instead of being a afternoon show it is doing very well and has always done well
kk as a show deserves nominations and hats off to juhi for standing up and speaking out!!!

14 years ago Really she's correct & I'm with her because on Star Plus I know the every details of all the serials but in those serials I find Kumkum is the best & I also agree with Juhiji. So,I'm really disappointed with the nominations & this year I'm not going to see the SPA.

14 years ago she got the gutss really and i love how she stand up for not just herslf but for the whole cast of Kumkum i loved her last comment about sumeet.. its true in some serials tehyget married so many time that u get last with was teh frist love or wife,, kumkum was a really nice show and still iss,,

14 years ago I have not seen her serial, but to me it sounds that she is trying to negotiate a nomination.
If you will not nominate me then i will not perform. Then it is true for All filmfare, Zee cine awards or for that matter all awards.If you force a channel or producer to nominate you oif he needs you to perform then, ho wcan Awards be genuine.
Be it Kareena, Shahrukh or any telly star .
As an actor u are focing Award Ceremonies to be corrupt and play favorites

14 years ago I agree nands, she is not being proudy here, it's just she is keeping her point infront of everyone... and there's nothing wrong in it... We can do so.. and I luv her for this.