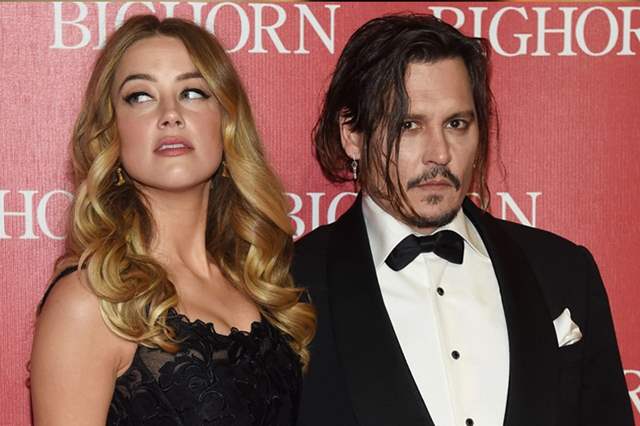 While the past few days have constantly been about the outbreak of coronavirus everywhere, one of the big talking points has also been the legal battle between the former couple, Johnny Depp and Amber Heard.

Just days before a high-profile libel trial was set to begin between Johnny Depp and the newspaper that cast him as a "wife-beater," a U.K. judge has decided that the worldwide COVID-19 pandemic necessitates adjournment. As a result, the actor will fight News Group Newspapers, the publisher of The Sun, at a later date.

The trial was scheduled to begin on March 23 and it was shaping up to be a complicated, transatlantic event at a time when much of the world was on lockdown attempting to control the novel coronavirus. Because the U.K. hasn't quite gone to some of the virus mitigation lengths as some other countries, courts are largely operating normally. But this case was somewhat unusual given the necessary participation of foreigners located outside of London.

Depp is suing over a 2018 story about how J.K. Rowling could be "genuinely happy" about Depp's role in Fantastic Beasts given allegations of abuse towards ex-wife Amber Heard. Depp insists he's the victim, and in defense of libel claims, News Group intended to explore the truth of the relationship.

With the clock ticking toward trial, Depp's lawyers were ordered to make disclosures, and attorneys in the case have been racing to compel witness testimony.

On Wednesday, according to Law360, High Court Judge Andrew Nicol expressed that he needed to consider a delay of the trial. According to the report, one of Depp's barristers was in self-isolation due to coronavirus. There was also the difficulty of handling 24 expected witnesses, many of whom were expected to give evidence over video.

“There’s also the issue of if we were to start and illness struck one or more participants halfway through, what would we do?” asked Judge Nicol.

Today brought another hearing, according to The Guardian, and Nicol's ultimate conclusion that delay was in order.

But the judge's decision on adjournment didn't occur without a fuss.

The Guardian also reported that Adam Wolanski, an attorney for the news publisher, accused Depp of wishing delay “not because of the coronavirus, but because he cannot face the prospect of his lies about his relationship being exposed because he’s a coward and because he knows he’s going to lose."

Heard was said to be in California but ready to board a flight to appear at trial despite the difficulty of traveling at this moment.

Adam Waldman, one of Depp's American lawyers, said in a statement, "Mr. Depp has spent years seeking justice. The Judge hearing Mr. Depp’s defamation case against the Sun raised safety and practicality concerns. Although the case is extremely important to Mr. Depp, he was also uneasy about putting anyone else in harm’s way for the sake of it. In contrast, the Sun tabloid failed to read their own newspaper accounts about current events, and exhibited their famous disdain for the British public. Ms. Heard’s tiny coterie of friends and family 'witnesses,' half of whom she sued to compel them to testify, also offered to appear by video link in a libel case for which the reporter Dan Wootton himself is too afraid to testify. Mr Depp will wait for courts and borders to safely reopen, and then we will do this properly.“