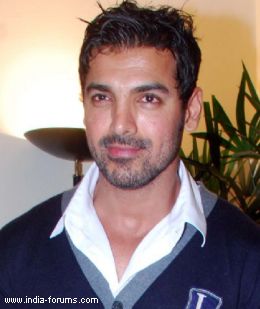 Mumbai, Nov 9 John Abraham has turned producer and is set to make cutting edge entertainers with international appeal under his banner J.A. Entertainment Pvt Ltd. Director Shoojit Sircar's 'Vicky Donor' will be his first project, but he won't act in it.

'It was a conscious decision to not act in my first production because I believe producing a film is about creating quality content that I believe in. Shoojit is a director par excellence and when he narrated the script to me, I wanted to bring this breakthrough commercial cinema to the audience at large,' John said in a statement.

After producing commercials for Haier, Philips Mens range and Nikon Coolpix, he has decided to venture into commercial films akin to the actor's sensibilities.

'I'm glad John has agreed to take this film ahead as his first venture as producer. We are on the same wavelength, which is most important for any relationship,' said Sircar.

John has roped in technicians from Los Angeles for the film. He may also collaborate with acclaimed action trainer-turned-filmmaker J.J. Perry.

Meanwhile he will be seen in 'Desi Boyz', which is releasing Nov 25. Apart from that he has 'Race 2' and 'Shootout at Wadala' in his kitty.