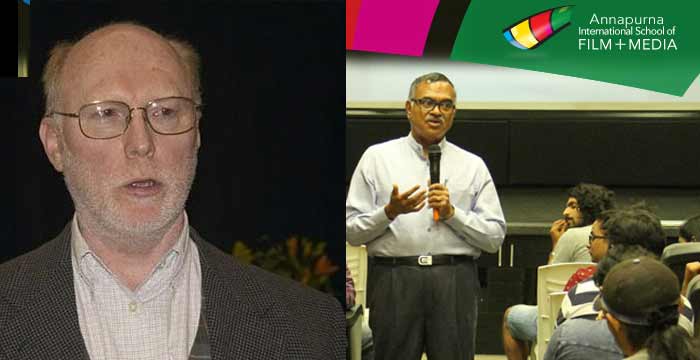 Hollywood business expert, author and the President of FilmProfit, Jeffrey Hardy, and film industry advisor Kandaswamy Bharathan have joined the Advisory Board of Annapurna International School of Film and Media (AISFM), run by the family of leading Telugu actor Akkineni Nagarjuna.

The AISFM on Monday announced that they joined a list of 35 luminaries from the industry in the AISFM Advisory Council.

"We are excited to have Jeffrey Hardy and Kandaswamy Bharathan on our board of academic advisors. Their interactive lectures and consulting expertise for world leading corporations like 20th Century Fox, Walt Disney Co, Eastman Kodak, BBC, Universal Music Group and Kavithalayaa will help our students enhance their knowledge skills on film analysis during their graduation programme," said AISFM Dean Bala Rajasekharuni.

"We are confident both Jeffrey and Kandaswamy's Ainfluential expertise in motion picture projects with budgets ranging from the micro level to $100 million will not only add a new dimension to our resourceful curricula but also up our student career opportunities," said AISFM director Amala Akkineni.

Jeffrey Hardy, President of FilmProfit, is the co-author of "FilmProfit Software" and the sole author of "The FilmProfit Guide to Film Distribution Deals". He has also acted as an expert resource for The Hollywood Reporter, Fortune Magazine, The Washington Times and other publications.

Bharathan has been with the Chennai-based Kavithalayaa, a film and television production house in various leadership roles for the past 21 years.

Founded in 2011 by late Akkineni Nageswara Rao, AIFSM, a not for profit school, is located inside the Annapurna Studios in Hyderabad.