View Profile
Emraan Hashmi, 'The Kissing Star' has had a very average 2006 with only one film doing well. The actor had 'Good Boy Bad Boy', The Train' that doomed at the box-office, but his 'Awarapan' worked in his favor and brought him critical acclaim.

Now the talented actor gets ready for his latest release, 'Jannat', which is yet again with Mukesh Bhatt and Mahesh Bhatt.

Here is an excerpt from the interview with the star..

Your film 'Jannat' has picked up a controversial theme related to the Match fixing scandals seen in cricket. Do you fear the Censor Board now?
I don't think that Censors would have any objections to 'Jannat'. We are not picking up people at all. We are talking about things which have actually happened, have been talked about and are generic in nature. Everyone knows to a good e

With the film having cricket as a backdrop, what part does a leading lady have to play?
See, the leading lady will surely have a place in the film because when one depicts the character graph of the male lead, then it is very essential to focus on the relationships he shared in his life too. So here arises the need for the leading lady. This is seen in all films, whatever genre of films you take! In this film too, new comer Sonal Chauhan, who plays the female lead has an important role to play in the protagonist's journey in the quest for 'Jannat'.

You have worked with two newcomers in the female lead, Sonal Chauhan and the director, Kunal Deshmukh. How was it to play the veteran there?
I am proud to see the way Kunal has worked on the film. He has got a love story imbibed well into the script even as the film has a basic wallpaper of cricket. Even though he is a debutant director, you hardly get a feel that he is handling a project for the first time. As actors, we got only positive vibes from him and the result is for all to see now.

Isn't it ironic that last year, your best performance ever in 'Awarapan' wasn't quite complimented by the eventual box office returns?
'Awarapan' was a larger than life character. After a film comes and goes, people can say different things about why it worked and why it didn't. I guess what was apparent in 'Awarapan' was the gap between what you want to do and what your audience wants to see you do. Maybe people didn't want me to display the emotions of a man who was going through a trauma. They perhaps still want to see the Emraan Hashmi they can relate to; the young man with a naughty streak to him a la 'Aashiq Banaya Aapne' or 'Aksar'. 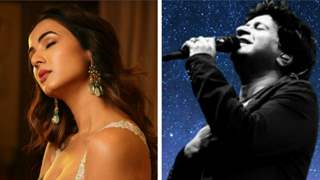 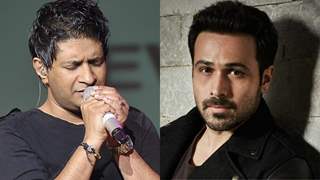