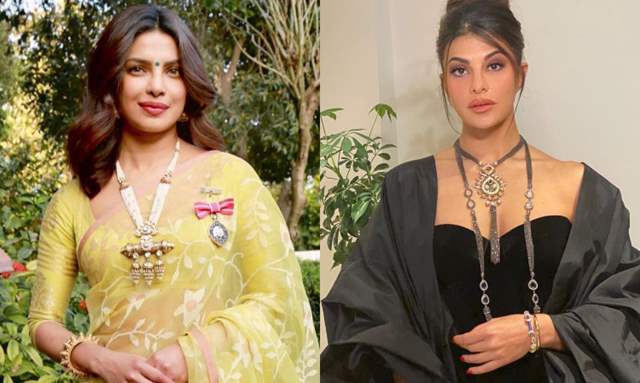 It has been some time now since Bollywood actor Jacquline Fernandez is hunting for a new property. The Kick actress who has been a Bandra resident since 2015, found her dream home in a plush locality in Juhu and guess what, the property was previously owned by international star Priyanka Chopra.

The 35-year-old actress was keen on moving into Mumbai's plush neighbourhood and she has finally locked the deal, reported Pinkvilla.

Fernandez will soon move into PeeCee’s old house and maybe even she will be blessed with the global icon’s luck who has been making it to the international headlines for all the right reasons.

Priyanka moved into Juhu’s KarmaYog building’s plush five-bedroom apartment in 2016 and found success on the international front with American Broadcasting Company’s (ABC) Quantico. The White Tiger actress is currently located at Los Angeles with her husband Nick Jonas. Meanwhile, her mother Madhu and brother are back to their Yari Road apartment in the suburbs.

With its oval balcony and sea-facing view, her apartment in Juhu's 'Karmayog' building boasts of an expansive living area and sunny outdoor balcony. It's a huge house with 5 bedrooms, added the source.

Meanwhile, on the work front, Jacqueline is currently busy shooting for her upcoming movie Bhoot Police, which also stars Yami Gautam, Saif Ali Khan and Arjun Kapoor. Apart from that, she is also shooting with Ranveer Singh for Rohit Shetty's directorial venture Cirkus and has Salman Khan starrer Kick 2 in the pipeline.