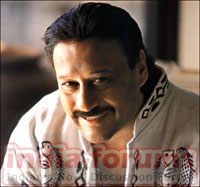 Mumbai, Oct 21 (IANS) Shashilal Nair had a tough time getting long-standing buddy Jackie Shroff to enact a steamy love scene for his 'Lolita', in which the director swears he has 'gone by the book'.

Nair, who has collaborated with Jackie on unusual projects like 'Falak', 'Angaar' and 'Grahan', had to finally wave the contract paper in front of an inhibited Jackie to force him to comply and go on with the shooting.

'I've learnt to put it all on paper. I've suffered enough in the past. Now friend or no friend, I want everything on paper,' Nair told IANS.

While Nair insisted that Jackie go about the love scenes with his screen Lolita as Nabokov envisaged it, the actor had resisted. Jackie finally relented and shot the scenes.

'Jackie is a cool guy. So, he finally did them. There are strong sexual undercurrents in the film. You cannot make 'Lolita' without sex,' Nair said.

He admits that his version of 'Lolita' is steamy. 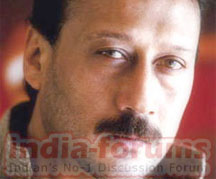 It has to be! Haven't you read 'Lolita'? If you have, you know sex plays a vital part in the relationship between the older man and his young object of adoration. I've gone by the book. And I don't care if people say I'm being sleazy. I've never cared about prudish opinion. I make the films I want to. Besides, I feel you cannot tamper with a classic,' he said.

As for comparisons with Ram Gopal Varma's 'Nishabd', Nair said: 'To begin with it wasn't 'Lolita' at all. How could there be Lolita without sex? But I really loved Ramu's treatment and Amit-ji's (Amitabh Bachchan) performance. Very classy. My 'Lolita' is nothing like Ramu's 'Nishabd' except for the age difference between the couple.'

Nair admits that his 'Lolita' will shock people when it releases in June next year.

'Let them be. I'd rather shock audiences than bore them,' he said.