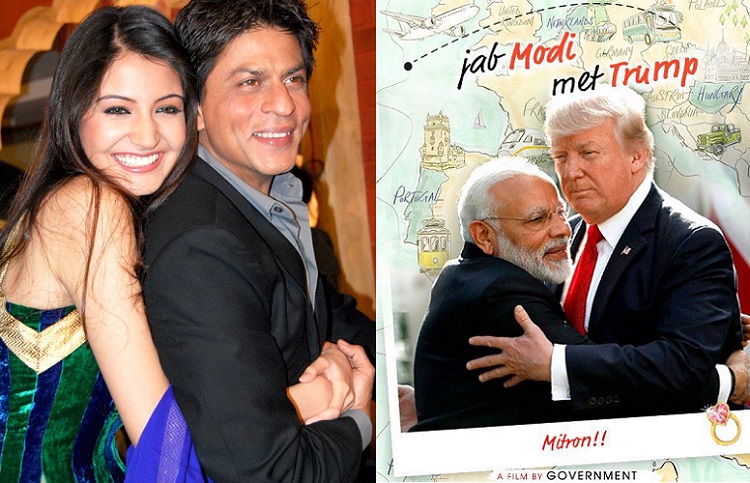 Yes you heard it right, 'Jab Modi Met Trump' meme will make you burst out with laughter!
"Jab Harry met Sejal", has been the talk of the town ever since the name was announced. The fever just refuses to die down, especially as internet decided to step in.
A few days back, the film's title had turned into a meme and the internet was flooded with various memes.
Memes comparing various famous instances and celebrities were surfacing all over the internet and those memes were the reason of laughter for everyone.
The title had proved to be a fodder for memes stretching from Films, TV shows, Cricket personalities to everyday lives.
The memes feature two people with the title using their names with a hilarious tagline are sure to tickle your funny bones.
Now the latest meme which has surfaced the internet is of Prime Minister Narendra Modi and US President Donald Trump.
The meme will surely make the viewer burst out with laughter. Recently both the luminaries had met and since then the meme has surfaced.
Produced by Red Chillies Entertainment, the film is slated to release on the 4th of August, 2017.
0 Likes