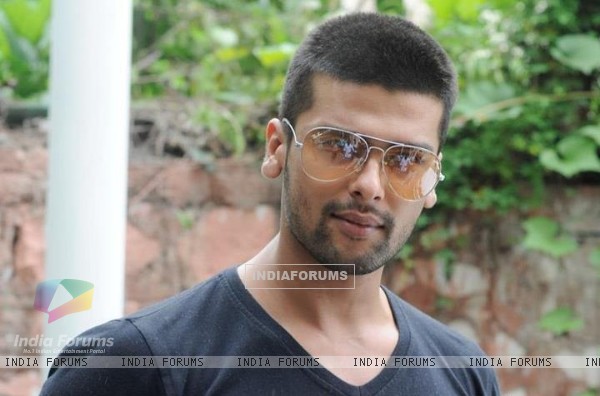 Small screen actor Kushal Tandon might have got an earful from actor Salman Khan for his bad behaviour, but he says he has nothing against the host of reality show 'Bigg Boss  Saath 7' and still considers him his inspiration.

In one of the episodes of the show last week Salman had slammed Kushal for insulting actress Tanisha Mukherji, misbehaving with her and also attempting to escape from the "Bigg Boss" house.

"I don't want to say anything about Salman Khan. It was his choice. Salman is one person whom I respect and consider him my inspiration. He might be biased towards Tanisha because he knows her since childhood, but everybody can see what is right and what is wrong," Kushal told IANS in a telephonic interview from Mumbai.

"In the same task if Armaan Kohli (one of the inmates in the house) can abuse Kamya (Punjabi) but when I called Tanisha with different names, only so that she quits, I don't think it was wrong. Whatever he (Salman) said that day was his personal opinion but I have nothing against him," he added.

Kushal got dismissed from the 'Bigg Boss' house Wednesday after he got into a violent encounter with contestant VJ Andy. During a luxury budget task, the inmates were asked not to give any reaction to anything done by Andy or anyone else from the outside world.

The task ended up becoming a personal thing after Andy used actress Gauhar Khan's lingerie to distract her. Kushal being her good friend took a stand for her and charged towards Andy and subsequently he was asked to leave.

The 29-year-old also feels that the viewers are the real judges of the show and they are loving him, so nothing matters after that.

"In the past seven weeks I have never misbehaved with any girl. I was one person who used to take a stand for others and I stood up for two girls that day. Showing off a girl's lingerie is simply not done. I got furious and thus reacted in that way," said the 'Ek Hazaaron Mein Meri Behna Hai' actor.

"People have been telling me that whatever happened with me was very unfair and I have won in that way. It's a viewer-based show and since the viewers are loving me I feel awesome. They know what is right and what is wrong, so for me nothing matters after that," Kushal added.

In the past seven weeks, Kushal has spent most of his time in the "Bigg Boss" house with Gauhar. Their chemistry was the most discussed topic inside the house as well. When asked if that chemistry will continue even outside the house, he said: "Yes, it will."

"We are very close to each other and we are very good friends. A girl taking a stand for a guy who is right it is a very big thing, it has never happened before, and Gauhar left the house for me, it's a very big thing. I guess that should be an answer," Kushal added.

FlowerHater 7 years ago Ok from the very first day when kushal entered BB7, i was really not much excited,bcz BB7 is very much famous for defaming people and the image which Kushal made in these 2 years was completely ruined in his this stint. His anger when Andy did "That Lingerie" thing was according to me was valid but yeah losing control and getting physical was not the way called for. Coming to Tanisha, his act at that time I can say it was fine that he was angry but dragging her family members in it. Standing for a friend isn't wrong but losing the cool is. And I agree with Salmaan, we see only 1 hr and a live feed which is most of the times dead, or muted or from either one camera angle or one camera only. I feel that he should actually not return, I am not being judgmental or anything, but only for his self respect and image!!!! I don't think he should return and should concentrate on his career in a more constructive way!!!

monicalohani 7 years ago plz come back ... bechara kushal!! no wonder u hv nothing against salman but salman has so much against u..and ab toh gauhar also.. d way he talked 2 gauhar in y'dayz epi.. i wished k main ghar pe ghuskar tanisha ka mooh tod duh..qki this is all happening bcoz of tanisha...

Nish_arshi 7 years ago I wud want to know where he got the statistics of the number of viewers who support him...I follow the show on different social media and i'v always found mixed reaction over his behaviour in the show. there are people who still like him and want him back but there are also equal number of people who dont want to see him back.

bollywoodwala 7 years ago Kushal is really nice but this time he should not let this opportunity go away from him. I really want to see how kushal's and gauhar's relationship shapes-up when he re-enters. Wish him good luck

LOVE_DMG 7 years ago glad he is coming back. but i hope he stayes away from trouble...

we all are with u and all the best for your re entry in BB...

i was really missing u and the chemistry u n gauhar share...

Angelicprinces 7 years ago I don't support Tanisha but what Kushal did that day was so low of him.He called Tanisha names & then didn't even apologize for once!! I didn't expect it from him.Then what he did to Andy..If u all remember he was the one who made Andy furious.Kushal was taunting him with Gauhar,that too infront of Andy! so shameless Kushal !! Then Andy misbehaved,taunted Gauhar..but then again Kushal pour water on Andy's bed!! such a shame! the rest is seen on tv.totally unexpected from Kushal.I don't like him anymore.

randayn 7 years ago Salmanazars is definitely biased in favor of Tanisha and Armaan.

SecretKhabri420 7 years ago I am glad that Kushal is out, he is so brainless and annoying...

BhataktiJawani 7 years ago go away and never come back to bigg boss you are just one serial old and that also you was second lead in the show after karan tacker ... salman is a superstar your entire fans = salman 1% fans