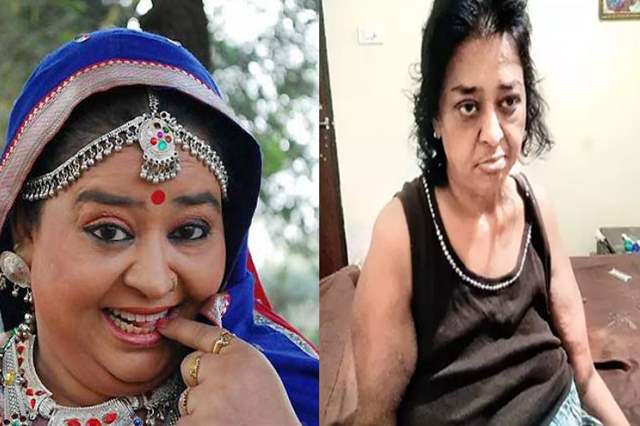 Veteran actor Nishi Singh Bhadli, who has done several character roles in shows like Hitler Didi, Qubool Hai, Ishqbaaaz, Taarak Mehta Ka Ooltah Chashmah and other is currently facing immense health woes. The actor suffered a paralysis stroke last year in February following which her treatment lasted long and while she was recovering and getting better, she suffered another stroke in February this year. Her husband, actor-writer Sanjay Singh Bhadli is now facing struggles to make ends meet taking care of her medical and daily household expenses.

Talking about in an interview with Bombay Times, he said, “In February, 2019, she collapsed in the house. She was immediately hospitalised and for seven-eight days, she even failed to recognise anyone. We eventually brought her back home. She was getting better, but around Raksha Bandhan this year, she again suffered a paralytic stroke on the left side of her body. There is sensation, but it’s as good as nothing as she needs assistance for everything.”

The couple have two kids - a 19 year old son and a 16 year old daughter. The former lives with his maternal grandparents in Delhi while the latter, even though lives with them - is too young to take care of their mother alone. The pandemic has only worsened the situation and hence, having no choice, Sanjau is asking for financial help from outside. He said, “Though Nishi is doing better, we still need money for her medical and other expenses. We have dried up all our savings in the past two years. Jo tha sab chala gaya. I have even mortgaged our flat, as we were in dire need of money. We cannot fall back on our families, as hers isn’t financially sound and mine had disowned me when I decided to join showbiz. We have been struggling and need help.”

RapChick101 27 days ago Very sorry to hear that! I hope we can help in some way

TinTuna 27 days ago That’s so sad 😞 India forum can you please also provide any contact, so we can financially help them 😔