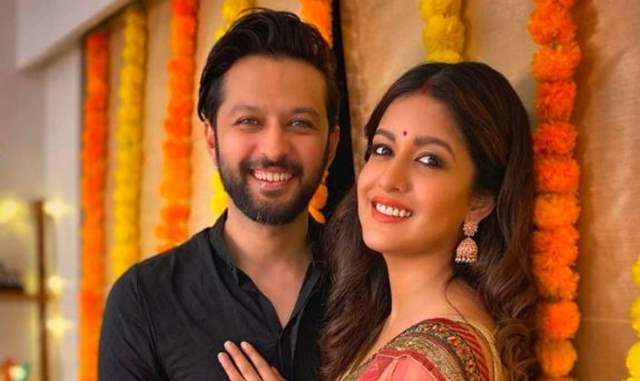 Some love stories are always one to remember and this is elevated all the more when the proposal involved is a story in itself to be conveyed to everyone. And even though the entire love story of actors Ishita Dutta and Vatsal Sheth isn't one such saga, there is a sense of extraordinary in their ordinary story.

In a recent interview, Dutta was asked how did their love story happen, to which Dutta said that with Sheth, it wasn't love at first sight. They were good friends with each other and she liked him a person when they met. She mentioned how, after their show was over, they kept in touch and both started feeling that they like each other (sort of), The next thing they knew, in six months they were married.

When asked as to which was the moment she realised she wants to marry him and the proposal, Dutta said that honestly, they never really discussed where their relationship is headed or what was planned ahead. They just started dating and Sheth went on to propose to her rather early in their relationship. Dutta confessed that she hadn't given a thought about it earlier and hence, when he asked the question, she was in shock. She also mentioned how she took a moment to answer and it was in that moment, she realised she wants to spend the rest of her life with him.

When asked how did the proposal happen, she described how they were just at a casual dinner and post their meal, they were just talking to each other. Out of nowhere, Sheth popped the question but she clarified that there was no going down on the knees and it was, in fact, very normal. But it was that question that made their dinner date special and everything changed after that day.

As known, Dutta and Sheth first met on the sets of the show, Rishton Ka Saudagar Baazigar. Well, it is indeed a sweet and normal but adorable love story to witness, isn't it?