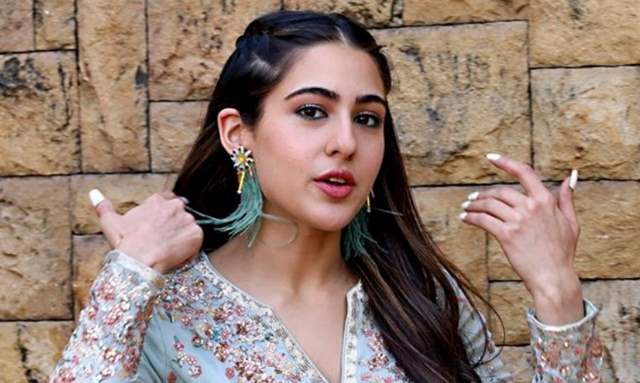 Sara Ali Khan made her debut last year alongside Sushant Singh Rajput with the film Kedarnath and has marked her place in the showbiz. Her elegance and grace just add more charm to her scintillating beauty.

With just two films old, Sara has made her place in the hearts of the audience, who love her unconditionally. Besides her on-screen presence, her off-screen persona defines grace and royalty. She has always displayed grace and grandeur while interacting with the media or talking to her fans in general.

Recently, Sara graced the 'We the Women' event in Bangalore, and while in conversation with journalist Barkha Dutt in a segment titled 'A Spark called Sara’, the actress was asked about her comments on Colourism in India.

At the event, a woman from the audience asked Sara if she likes going to beaches and being tanned, to which Sara responded, "I love going to the beach and it has nothing to do with being tanned."

She further adds, "If you wanna be tan, just put some on some bronzer, and if you wanna be fair, put on some powder. It's not the end of the world, and it shouldn't define you at all."

Check out the interview below:

Well, that’s a pretty clever answer by the actress, but does this ‘solution’ satisfy the intensity of this serious issue of colorism that exists profoundly in India?

In an era dominated by the force of skin color, with beauty brands enforcing the idea of ‘white skin is beautiful’, the concern should be on altering and amending the discussion of Colourism, rather than providing ways to deal with it.

When Barkha Dutt asked Sara, “What about dark people who are under enormous pressure to look fair?” her reply was “What is pressure? At the end of the day, you should have confidence. There is a higher probability and success rate for you to attempt to change yourself, than the world, because they are not going to change."

Considered to be one of the most woke actresses in the industry, Sara is of the belief that one should have the confidence to be themselves, irrespective of what people say.

Amidst the people’s high obsession with white and fair skin, Sara’s comments on Colourism can be either considered ignorant by some or merely a clever escape from a valid discussion.

What are your thoughts on it? Let us know in the comments below...

Amitabh Bachchan Blasts Troll Who Asked Why He Doesn’t ...
11 minutes ago

Janhvi Kapoor calls the journey of discovering 'Gunjan ...
30 minutes ago

Kasautii Zindagii Kay to witness a new entry in the show ...
56 minutes ago