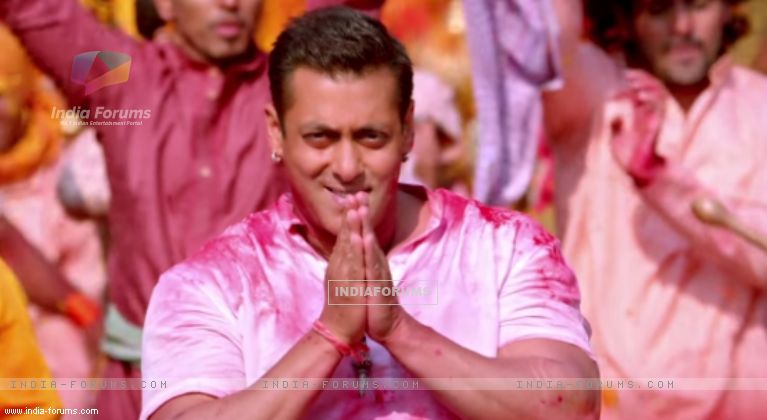 Salman Khan starrer, blockbuster hit Bajrangi Bhaijaan has not only spread its charm in India but has also cast its spell over the audience of Pakistan. Owing it to Salman's fan following or to the strong story line the movie has however managed to hit the box office numbers too strongly even after various censorships.

As per reports, Bajrangi Bhaijaan was released in Pakistan on 17th July, 2015 and on its first week itself it gained minted Rs. 3.2 million leaving behind Mahira Khan and Humayun Saeed starrer Bin Roye that garnered about Rs.2.8 million and Wrong Number managed to collect Rs.2.7 million.

Even Hollywood flicks like Minions, Ant- Man and Terminator: Genysis couldn't make its presence felt and got swiped away as of now. Also, the Pakistani regional cinema got washed away by Bajrangi Bhaijaan's storm. However, the exact figures will be out once the film completes its run in Pak.

Well, after such great response it can be only said that the people of Pakistan are surely giving an eye to Indian cinema and as well appreciating it at such high length. After witnessing these parameters it can be well justified that the movie is surely setting down a strong foundation and building a bridge towards strengthening Indo- Pak relations.

5 years ago may be that is wht gurudaspur attack happened today..if a movie could have strengthened Indai-Pak tie it would have happened decades ago .there was no need for so many talks, discussions and meeting

5 years ago So whats wrong with fixing the relation. I'm a mixture of both and without knowing much about the conflict between the 2 countries I'm really proud of being a mix. And about terrorists, those people have no country, no faith and no humanity in them no matter what passport did they have. They don't want peace and we should not be like them.

+ 3
5 years ago really? that's why attack in Gurdaspur, huh?

+ 6
5 years ago Not only in pakistan, movie is doing well across the globe...very positive movie on indo pak relations.