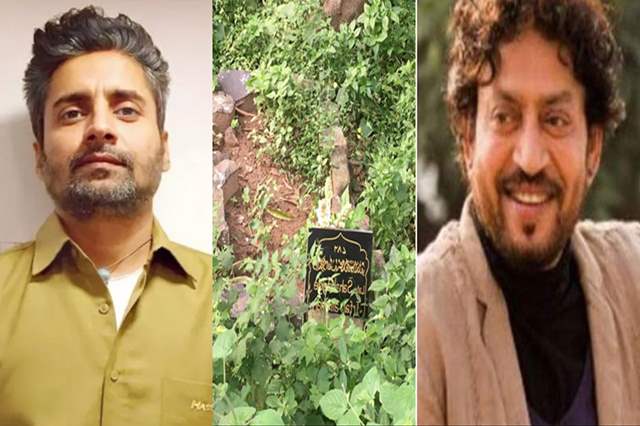 Even though everything has been about actor Sushant Singh Rajput's passing away and everything else that has ensued after that but one can still not forget how the industry also lost two legends back in May in the form of Rishi Kapoor and Irrfan Khan. That too seems rather unbelievable even today but it is the truth and they are dearly missed.

When it comes to Khan, the actor was universally loved and one of the actor's dear friends was actor Chandan Roy Sanyal. Sanyal recently visited the actor's grave and went on to say that he is resting in silence. He even shared a couple of pictures from the grave and wrote, “Was missing Irrfan since yesterday, beating myself for not having gone to his tomb for 4 months. Today I went, there he was resting alone with no-one around with plants. In silence. I left him some Rajnigandha and took a piece of him back with his blessings. So long #IrrfanKhan.”-

Apart from being a friend of the late actor, Sanyal even worked with Khan in films like D-Day and Jazbaa in the past.

Indeed, we also miss Irrfan as much.