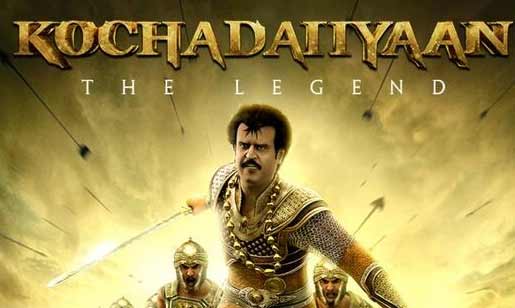 Superstar Rajinikanth-starrer "Kochadaiyaan" will release in English, Italian, Spanish and German by April. Preparations for this are currently underway as the makers hope to settle all dues on the film by then.

"The international versions of the film are getting ready. We hope to release by April 2015. We're confident that it will rake in the moolah for our company," film's co-producer Murli Manohar said in a statement.

Manohar, who is also the director of Mediaone Global Entertainment Ltd, which co-produced the film, said they will settle all loan dues by the end of financial year.

"We're in touch with the bank. We've already repaid some of the interest amount. The loan amount of about Rs. 20 crore along with interest for the last few months will be repaid by March 31," he said.

About the recent notice issued by Export Import Bank of India (EXIM) about the sale of a property of Latha Rajinikanth, who stood guarantor for the loan taken by the makers from the bank, Manohar said "it was due to a communication error between us and the bank".

"We're a reputed company with very high turnover. We're capable of repaying our dues and it's uncalled on the bank's part to issue notices to our guarantors.A Mrs. Latha Rajinikanth can't be dragged into this anymore," he added.