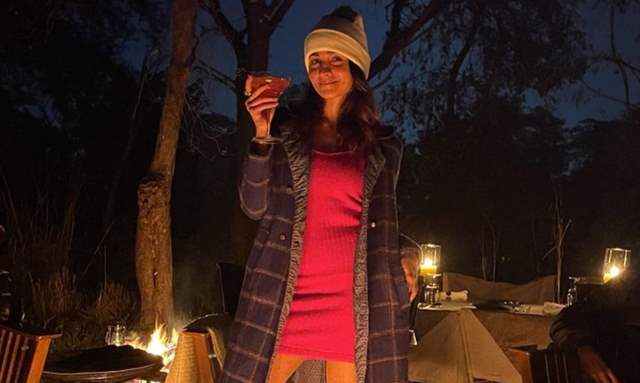 Bollywood’s heartthrob couple Ranbir Kapoor and Alia Bhatt headed out for their new year vacation in Ranthambore. While the lovebirds were spotted at the airport on Wednesday, several reports suggested that the couple is getting engaged and the rumors were put to rest by Randhir Kapoor.

Now, fans await Alia to share pictures and videos from the vacation, and as usual, she has once again treated her fans with the same.

Taking to her Instagram account Alia shared yet another picture from Ranthambore and was seen holding a huge cup while posing for the picture. The picture also featured someone sitting nearby her and it’s none other than Ranbir Kapoor himself! 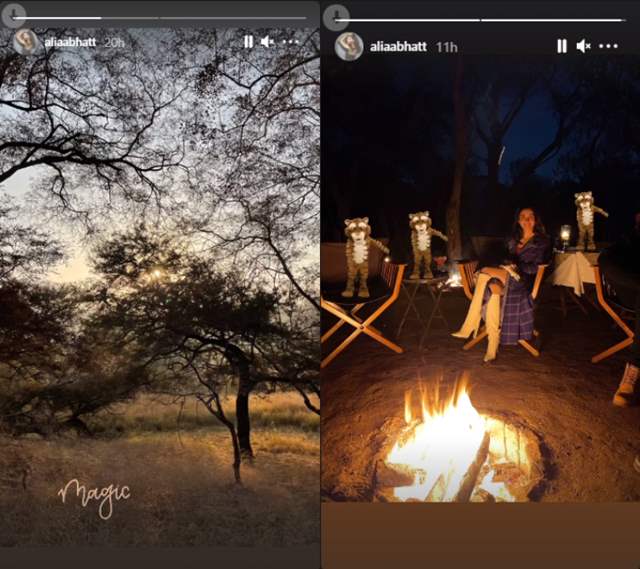 On the other hand, Neetu Kapoor, Riddhima Kapoor Sahni, and Soni Razdan have been continuously sharing pictures from the vacation already thereby sending the fans into a frenzy.