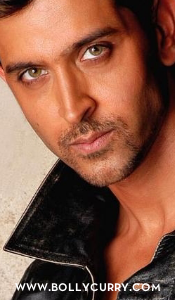 Our list of injured actors keeps growing with the latest addition of one more name - Hrithik Roshan.
The actor has been complaining of back pain off late and hence recently underwent an MRI scan in bid to find the cause. As result, he has been advised complete bed rest for 15 days. For this, the shooting for his upcoming film, Agneepath, has been stalled.
It is rumoured that Hrithik became injured due to a back injury he received during the shoot of the film, where it was required of him to lift a heavy fighter weighing 110 kilos. However, his father has denied the claim, saying that Hrithik has just been overloaded with shooting for the film and for the dance show Just Dance, accumulating in injury from stress.
Whatever the case may be, we think it's time the busy actor took some rest, and we wish him a speedy recovery!

Rhea Chakraborty did not name any Bollywood actors during ...
2 minutes ago