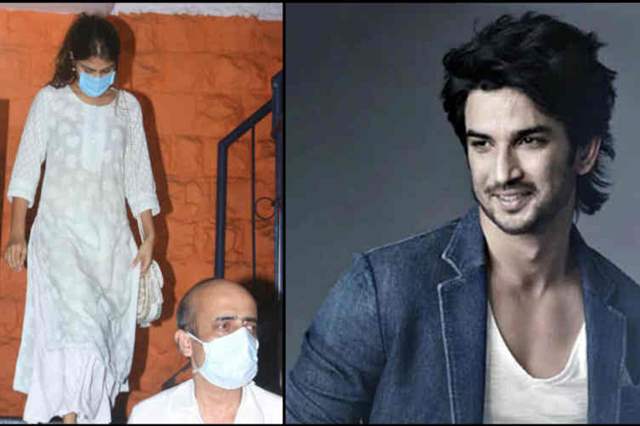 Sushant Singh Rajput’s case is getting intense by the day with every hour new or rather shocking revelation coming to light.

Recently, as we know, the case has taken quite a turn where we reported about how Rajput's father, KK Singh went on to ask the CBI to investigate the case as a murder

and not as abatement to suicide. Since then, two Supreme Court sessions have taken place as Chakraborty filed a plea seeking transfer of the FIR against her to Mumbai Police.

We also know how the actor had two long sessions of questioning with the ED in the money laundering case probe related to the use. Now as per latest reports, Times Now reported that the call data

records of Chakraborty's phone which further reveals multiple calls made by her to someone with the initials, 'AU.'

The report suggested that Chakraborty made almost 44 calls to AU. Now, the report mentions that when the number is called, someone with initials SU receives it. However, Rhea Chakraborty's team has now given the clarification and revealed the identity of 'AU'. Rhea's team revealed that AU stands for her friend named Annaya Uddhas as reported by Times Now.

We know that the hearing plea made by Chakraborty for the transfer of FIR is currently shifted to 13th August 2020.

Anurag Kashyap's Lawyer Releases Statement on His Behalf
9 minutes ago