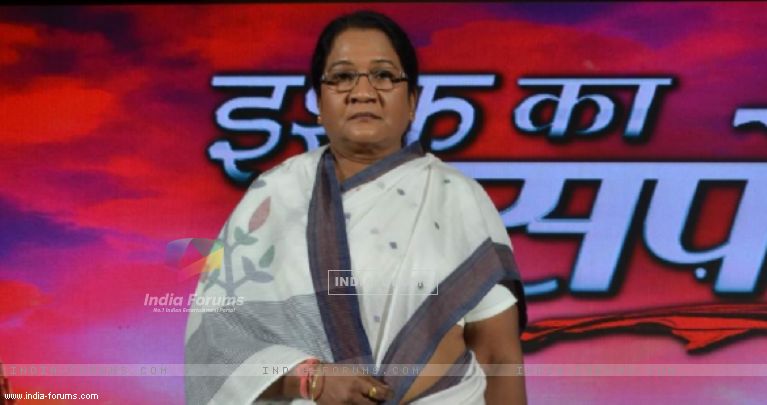 Seasoned actress Pratima Kazmi is back on small screen with ishq VKa Rang Safed on Colors after giving a smashing perform in Blockbuster movie Badlapur. The actress was last seen on Television show Uttran.

We got the chance to interview her where she talked about her character and more.

Tell us about your character on the show?

I am playing the character of Indrani who runs Vidhwa aashram. I myself is a widow and so I have opened this Aashram. I won't tell you much about my character because I want people to watch Indrani and judge whether she is negative or positive.

You coming back on TV again with Colors and Film Farm, so what do you have to say about it?

I would say that it's my good luck that Colors appreciate me and like my work and especially I should say that Film farm has given me a lot. After Uttran, it was really nice of them to offer me a role in their next show. Not only for me, but is a good thing for all the actors to get appreciated by the people who believe in you and gave chance in their show. I don't say the other Production houses or channels didn't offer me role, but once you work with some people, you built a relation with them.

Recently you did Badlapur film, so any other project in hand along with this show?

Well I am getting offers for film but as I have taken this show which is new and any new show needs at least three months to settle. Till then you can't give your dates to any and it also becomes really difficult to manage couple of things together. I am little bit choosy about the films I do; I always prefer taking film which offers me a good role. Though I am popular for negative role, but still the makers of Badlapur believed in me and offered positive role. I had a great time working with Nawaz, in fact we were never given any script, director used to explain the situation to Nawaz and I and we had to naturally deliver our own dialogues.

Being an experienced actress in Bollywood as well as Television, so according to you what is the difference between both?

Well as an artist I would say that both are really difficult because you have to leave your real identity and transform yourself in to your character you are playing. Difference is only that Television is loud and Bollywood is comparatively more subtle.

We wish Pratima all the best for her future work!

+ 4
5 years ago Pratima Kazmi is doing great job as badi amma.
thanks to Ishq Ka Rang Safed for bringing this kind of versatile actress

+ 4
5 years ago u r great actor...watching u frm swabhimaan times...kabri

5 years ago mam, u r just FANTABLOUS as badi amma. i m loving evry small bit of u. u r sooo GOOD.

5 years ago looking forward for ur role! u are an amazing actress :)

+ 2
5 years ago Glad to see her in this show. Pratima you are an amazing actor!

5 years ago wow !! so elated to see u in ikrs. u r working with mishal raheja, the BEST ACTOR on Indian television. u 2 a good actress , so eager to watch ur chemistry with , the HEARTH-THROB = MISHAL RAHEJA aka , biplav.

5 years ago good to see good stars in this new show...