Jai Bhanushali the chocolate boy known for his sweet and innocent smile is trying his level best to bag a ticket to Bollywood with 9X' Kaun Jeetega Bollywood Ka Ticket. We spoke to the actor to know more about his aspirations. 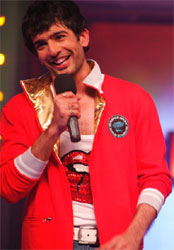 Featured Video
Earlier you have been judged in dancing and now in acting. Ironically acting is your forte so why do you want yourself to be judged?
Well actually more than being judged for acting, the attractive part was the movie that Ekta Kapoor is making - Generation X. When I saw the clippings I told myself that I can’t afford to miss out on this fantastic chance. To be very frank it’s not very easy to get into movies. As an actor you get many rejections but when you are doing a movie with Balaji Telefilms and Popcorn Entertainment, you can be sure that you will get the needed exposure. Take Shabbir Ahluwalia in Shootout at Lokhandwala. He is ruling man!!

Do you think it is an easy cake walk to get in Bollywood?
Well it won’t be easy as there are 12 talented contestants and every one's aim is the same – the movie Generation X. I can say that it’s the easier way to move ahead but definitely you have to work hard even here. When I see myself in the mirror, I don’t see myself as an actor of Apoorva Lakihia as I don’t have bulging muscles. but still am trying my best.

Tell us in brief about the movie Generation X; is it a youth based concept as the name suggests?
Well it is not a youth movie. It’s a typical Apoorva Lakhia movie which has lot of stunts and action. After looking at the movie clippings what I can promise you all is that who ever bags this movie will definitely be a big television star in a Bollywood movie.

Any particular female actress you want to work with in the movie?
I would love to work with Vidya Balan and my latest crush Genelia D’Souza lead actress of Jane Tu Ya Jane Na. I find her very cute.

As a celebrity would it be easy or difficult to take criticism?
I must say that it’s not easy to take criticism. But at the end I feel that the judges are doing their job and making you understand where you are wrong. I don’t take it as competition but as a learning process. I think judges are making us strong for the real take for the movie. 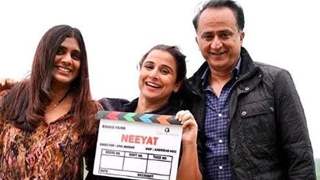 14 years ago his jodi with Genelia will surely look great

14 years ago man, jay really loves vidya balan...he mentions her all the time!

14 years ago ohh he wud look good wid genelia...thanks for the article..:)

14 years ago I wish him best of luck! he willlook good with Genelia!~!

14 years ago If vidya can do it with shahid then she can definetly do it with jay.Hope he wins bollywood ka ticket.

14 years ago vidya will looker older to him..may be she can be his sister..but genelia n jay wil be simply great..and pleas all priyadarshan movies are boring when compared to its originals in malayalam..!