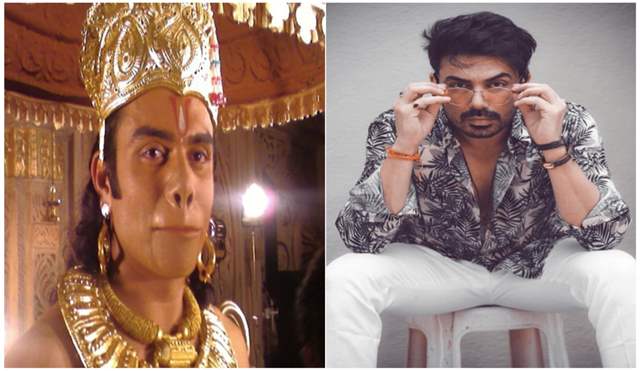 The upcoming track in Anand Sagar’s Ramayan which is currently airing on Dangal channel emphasizes on the importance of Lord Ram and Hanuman’s divine companionship. The most loved and crucial central character of Hanuman was played by actor Vikram Mastal.

When actors decide to take up certain roles which require a set of action sequences, a natural risk of safety is put forth. Vikram Mastal, who played the role of Hanuman, shares one such life-threatening incident from the sets of Anand Sagar’s Ramayan.

Recollecting the experience, Vikram Mastal, narrates, “Playing the role of Hanuman, was no less a challenge than it appeared. Since most of my scenes had to be aerial, I was always tied on a harness with cables. Our shoots would go on for long and therefore, I was always hanging on harness for hours. In addition to balancing myself, which was a task, I had to also manage my Mukut (head gear) which was around 8 kgs and the 12kg Gada. For one such sequence, where I was hanging around 30 feet above the ground in my costume, with all the accessories, an unfortunate accident happened. The cable wires of the harness couldn’t hold the weight and snapped. Luckily, around 8-10 crew members caught me in time and saved me from hitting the ground.”