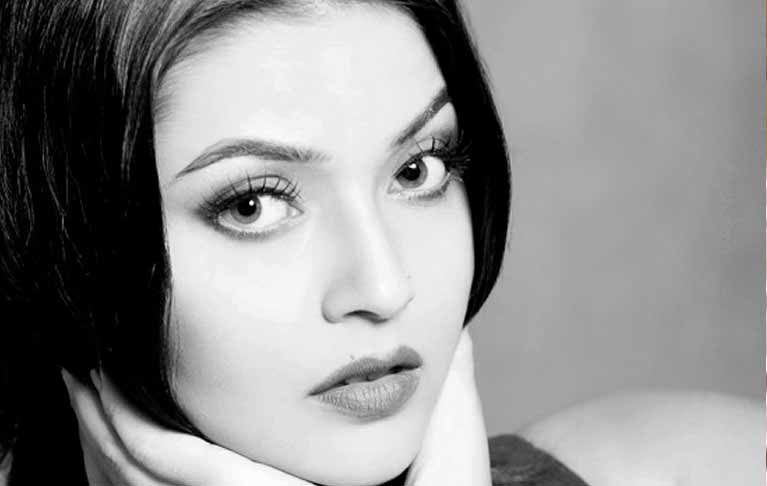 Pretty and talented actress Mansi Shrivastav who was last seen on SAB TV's Peterson Hill, is currently on a sabbatical these days.

Before doing Peterson Hill, she was seen on Zee TV's daily soap Do Dil Bandhe Ek Dori Se but Mansi equally justified herself in comedy genre. In a candid chat with TellyBuzz, Mansi shares with us what's keeping her busy during sabbatical and what would be her preferance between comedy and drama in future. Read on to know what she said.

Talking about what's keeping Mansi busy these days, she said, "My parents have come to Mumbai these days so I am spending some time with them. Along with this I am also busy hunting for a good house for me and giving some look tests. During my free time, I give sometime to my hobby which is painting. I love to paint landscapes through oil paintings."

We wonder if Mansi is planning to take her interesting in painting to another level by keeping an exhibition, she shared, "I haven't thought about it yet but later on I might think over it."

When we asked Mansi about her experience doing a comedy and her preference in future, she told us, "I thoroughly enjoyed doing comedy but I want to get back to daily soap now and after that I would love to do comedy again. I want to take a break from comedy now. I want to do a daily soap; it can be a mythological, a historical or a drama then I would do comedy again. I will never keep myself away from comedy because I have really enjoyed it. It's just a stress buster for me so after a gap, I would love to do it again."

"Peterson was like a stress buster for me. Everyone was so nice and down to earth on sets. All were so kind and good with each other. We used to help each other. The ambiance was so good and positive and we didn't want the show to end but every show comes with an expiry date. We are soon planning to have a reunion with the team. I have learned a lot from the show and have made really good friends. Rohit (Rohit Roy) and everybody was so down to earth. Even our producer Ashwini sir was easily approachable; we used to go to him and ask if we used to find any difficulty. The show has taught me to be positive in life and that we should try to find humor in life. Even in my real life, I try to see a funnier side of everything."

On being asked about the role which is on the wish list of Mansi, she said, "I would love to play a kind of role that was portrayed by Kangana in the movie Queen where she was very simple and after facing a lot of difficulty, she becomes an inspiration for everyone."

"I will come back with a bang so wait for it," signs off Mansi conveying a message for her fans.

All the best Mansi!

5 years ago Lovely article .Mansi shrivastav a very pretty n a talented actress .Wish her gud luck n will b waiting for her comeback .

+ 4
5 years ago Mansi Srivastav is really a pretty girl
Yes it's difficult to do comedy as u have to make people laugh.