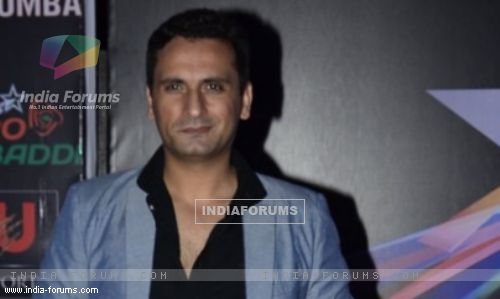 Jai Kalra who is currently seen as an arrogant, rich brat owning a huge empire, Prateek Swaika from Life OK's Laut Aao Trisha has definitely won accolades for playing this shrewd character. Well this show is surely a turning point of his career. Like by now known to all, Jai is all set to call it quits to the show.

Get all your answers in this candid and exclusive interview with Jai himself.

Read on!
What made you take a step so serious like quitting Laut Aao Trisha?

My wife got a brilliant opportunity in Canada. It is something that women seldom get it easily. Now that my wife has got, I am motivating her in all possible ways so that she can pursue her career. Moreover, I used to shoot for like twenty two days and travel to Canada for ten days to be with my family. It really used to get very hectic for me to travel every month up and down. Also, I have two daughters - one is six years old and the younger one is just twenty one months old. I need to be with them and take care of them. I have been in the industry for quite some time now and I actually needed a break from my busy schedule. Quitting the show and shifting to Canada happened just at the perfect timing because my wife had to join them in December. I want to become a soccer daddy to my daughters. I want to pamper them, keep their food ready once they are back et al.
How will your character in the show end?

I have always played a good role much similar to Vikram from Bade Achche Lagte Hain. Post Bade Achche... I was offered many roles which were alike to the one I did in that show. All of them were typecast roles and audience also get bored seeing an actor doing similar kind of roles. When I was offered Prateek Swaika, I had to do it because it was absolutely different from what I had portrayed in my earlier shows. If Vikram was North, Prateek was South. Vikram was good, Prateek had a shade of grey. More importantly, each actor in the show are stunning and the ensemble star cast made it look even more beautiful. My role was different and I thoroughly loved playing the character of Prateek in the show.
One thing that you will miss about the show?

I will miss my Camaraderie. By nature I am very friendly; so definitely I will miss all of this. While we were shooting, Bhagyashree Patwardhan said "Don't go yaar!" Also, Rajeshwari Sachdev tried stopping me by saying, "Are chad yaar, mat ja tu!" I am going to miss all of them really a lot. And of course, when you are playing a certain character, you get attached to it and same ways, I too will miss my character. All the happy moments behind the camera is something I will never forget. It was amazing working with 24 Frames and the entire unit. Everything on the sets was so positive and good.
Now that you are moving to Canada, what are your future plans?

I have not done theater for a long time. It is rarely known that I teach acting very well and I have directed plays as well owing to my passion for the same. There is a lot of scope there for theater, I would prefer doing the same there. Also, I am doing a Canadian movie but cannot speak about it much; everything is at a very nascent stage.
Any plans of returning to TV?

I do not plan anything in my life ever. All of the producers I have known have been so good to me. When they came to know about me moving to Canada, all of them were like just let us know a month prior and we'll do something together. I have got an amazing response and I feel I am extremely lucky.
TellyBuzz wishes all the luck and goodness to Jai Kalra!
Upasana Patel

+ 2
6 years ago You will always be a good actor and person. All the best

6 years ago all the best prateek. love ur acting in lat. miss u

+ 5
6 years ago All the best Jai!!!
will wait to see you on small screen again with a bang

6 years ago JAI ALL THE BEST.
I loved u more as vikram than prateek. Though u n ijaz were the only once liked in LAT . You will be missed. All the best for ur future. Will miss u as vikram , enjoy eith family.

6 years ago I miss you as Prateek Swaika.
jai kalra Rocks.

6 years ago All the best Jai sir. Will miss you as Prateek Swaika.