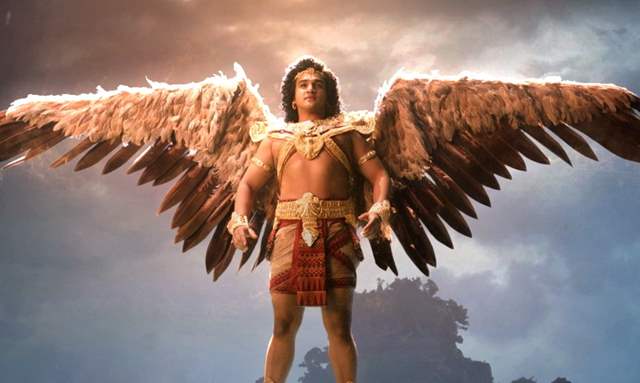 The epic portrayal of the major mythical event Samudra manthan in Sony SAB's Dharm Yoddha Garud has won over viewers. This week, Garud is on his way to becoming the main catalyst of Samudra Manthan but there is something that might hold him back and possibly become the reason for his defeat.

Garud (Faisal Khan) is headed to please Vasuki (Rishav Trivedi), the King of Serpents, to be the churning rope for the Manthan. He brings Kadru (Parul Chauhan) along with him and while he attempts to befriend Vasuki and garner his assistance, Kadru does not approve of the same.  Kadru believes that Vasuki shouldn't volunteer himself, unless the Devas and Asuras approach him directly.

Vasuki cannot deny his mother’s orders and refuses to accompany Garud.  Garud, who is bewildered, starts to believe that his standing before the Gods would decline because of this failure, since he had boasted so arrogantly about his ability to get him there. While he tries to persuade Vasuki to help, Vasuki can see right through his vanity, and gains weight by using his strength, and as a result, Garud is completely unable to lift him.

At which point, everyone turns to Vishnu (Vishal Karwal) for his guidance and learn that only Lord Shiva possesses the strength and powers to move Vasuki. For which the Devas and Asuras must worship Lord Shiva to achieve this. Will Lord Shiva assist them? Will Garud heed his lesson in self-control?

Faisal Khan who essays the role of Garud says “An episode on conceit and humility is not only a driving force for Garud’s plotline, but also it will deliver a moral message to the audience. Garud has been getting constant appreciation for his strength, which ultimately gets to his head. And I too realize, that in today's world, it's hard to keep oneself humble and grounded. I wish people would learn from it as much as we revisited the old life lessons while shooting these episodes.”