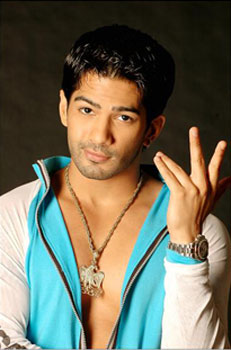 Describe yourself in one word: Unstoppable

Best Complement received till date: People have said that I am a good actor.

Favorite Movie Dialogue: The Amitabh Bachchan dialogue ‘Mard ko dard nahi hota’, because I am very opposite to that which is visible in the reality shows. It is said that men don’t cry and are stubborn, but well, I am not.

One Accessory you always have with you: My watch.

If you were a Prime Minister for one day you would: I would make a law that the rich have to give a certain amount or a certain percentage of income to the poor and this would reduce the poverty level.

The Quality you like in Women: Looks and other attributes are fine, but honesty is the quality that I look for in a woman.

If not an actor, then what would you be: I had always thought to do something in the entertainment industry even though I had done law. I had no Godfather and was inclined to do something only in media industry.

Your Greatest Strengths: Unless and until I believe in something, I won’t give myself to it. You can say my work and confidence in me are my strengths.

Your Greatest Weakness: I am too emotional, in my case I say things form my heart and people take it otherwise. However, I am happy about it as I don’t want to be fake!!

Song that is always on your lips: I really like that song, Ek haseena thi….

You are Passionate about: Singing and Acting

Best Movie till date: I love watching films. I would say its Dilwale Dulhaniya Le Jaayenge… I think it is probably the best Indian entertainer or any Amitabh Bachchan movie.

+ 2
11 years ago amit love u yaar.thanks for the interview and lobe ur looks i dadgiri. u rock

14 years ago awwwww so cute i just love hi to death even i think that he is avey good actor!!! i would love to more of him

+ 5
14 years ago This guy is sooo gorgeous! His answer on the Prime Minister question was superb! I love him!
YOU ROCK AMIT!

14 years ago i love all his answers, esp the one on poverty, very thoughtful and his fav movie's my lifestory....thankfully, no kuljit involved....lol

14 years ago awww i love all his answer espcially the prime minster an dwhat he look for in wemen.. DDLJ is my favv tooo;;;hs soo cuteee