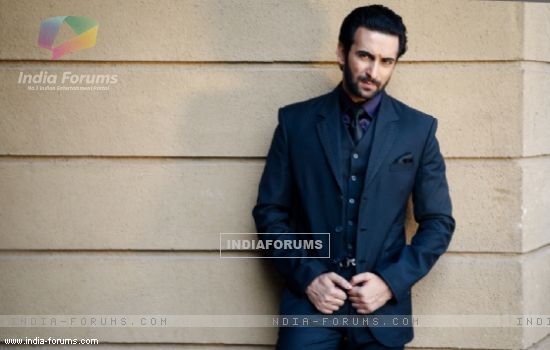 Actor Nandish Sandhu, who starred in the music video of Arijit Singh's track "Kyu Hua Reloaded", says he is a big fan of the Bollywood singer and loves to hear more of his voice.

Nandish, who was recently seen with his wife Rashami Desai in "Khatron Ke Khiladi - Darr Ka Blockbuster Returns", has been known for his love for music. He was fully involved in recording his team's song for the Box Cricket League (BCL).

In "Kya Hua Reloaded", Nandish is seen as a man with a tragic ending.

He says the "biggest attraction" in doing the music video was that "it's an Arijit Singh song".

"I love Arijit's voice and his songs are on my favourites' list always. It's a soulful song and being a music buff myself, I found this opportunity to be very interesting when it came my way," Nandish said in a statement.

Meanwhile, the "Uttaran" fame actor will next be seen with Rashami in the forthcoming dance based reality show "Nach Baliye 7".

"The last one year has been all about doing different things and taking up challenges. From playing a policeman and a lawyer to jumping into owning a cricket team and then 'Khatron Ke Khiladi', I've been taking on work that I find different, challenging and also enriching as an actor.

"I am not a great dancer and hence 'Nach Baliye' is going to be a training ground for me and I am really looking forward to it," Nandish said.

"Nach Baliye 7", which will be aired on Star Plus starting April 26, will be co-judged by actress Preity Zinta, author Chetan Bhagat and choreographer Marzi Pestonji.

saina11 8 years ago Hope dis movie will b a super duper hit..ATB Sushant

sushitasfan 8 years ago Al d best Sushant..
Give ur best...

sahana-22 8 years ago All the best sushant...
U r d next star of bollywood.

8 years ago All the best to Sushant Singh Rajput and the KPC team. Sushant, I know January is a long way but I am sure it will be worth the extra wait.

8 years ago All the Sushant Singh Rajput.Eagerly waiting for KPC to release.

uelngenng 8 years ago Ahmedabad, Porbandar, Sabarmati, Vadnagar and Diu. Its music is being scored by Amit Trivedi and Javed Akhtar is penning the lyrics.

8 years ago Sushant eagerly waiting for Jan to come...All the Best.