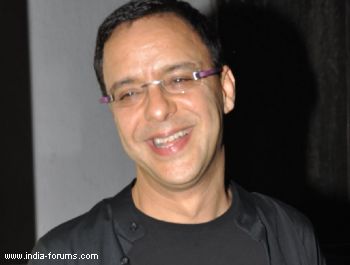 Director-producer Vidhu Vinod Chopra says he hates producing films but does so to ensure that the idea that directors want to communicate is not lost under commercial pressure.

"I hate producing films. If I don't produce films like '...M.B.B.S.' and others, the idea that directors wanted to communicate must have lost in the commercial pressure," Chopra told reporters here Wednesday before the screening of "3 Idiots", which was shown as part of Vidhu Vinod Chopra Film Festival.

"I am only helping them realising their dream. I am not producing it," added the 55-year-old.

He is known to abuse people on the sets of his films. When asked about that, Chopra said: "That's the only way you can communicate so much in one word. I am just saving time."

The Vidhu Vinod Chopra Film Festival started here March 29 and concluded Wednesday. It was organised in association with PVR Cinemas. The opening film was Chopra's directorial venture "Parinda" and "3 Idiots", which was produced by him, marked the closing of the fest.

The one-week-long festival saw screening of his directorial ventures like "Khamosh", "1942: A Love Story" and "Eklavya - The Royal Guard" as well as his productions such as "Parineeta", "Munnabhai M.B.B.S" and "Lage Raho Munna Bhai".