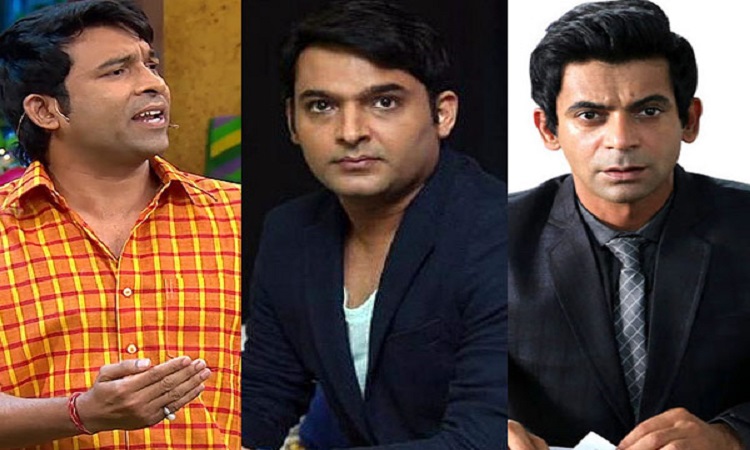 Earlier this year in February, stand-up comedian Kapil Sharma reportedly had a fight with his close friend Sunil Grover which led the Grover to leave his show (The Kapil Sharma Show), which was the top-rated non-fiction show on Television. Post the spat the duo have not worked with each other yet.

During the trailer launch of his upcoming film, Firangi when the actor was asked about his journey from the infamous incident till now, he said, "A lot has been spoken about this and even I wanted to speak on it. Some of the things had happened but, too many things have been shown. Yes, I have a problem when I am in stress such things happen. I am not a god every human being does mistakes."

"When you take along - a team with you, you have many things to manage and I am very bad at it but, touch wood we all have been working with each other all these years. And I want to say that I had not fought with Sunil (Grover). I love him and love to work with the best people and when you work with the best ones you learn a lot. There was never a fight between us, things happened in a way that I really got irritated. During the shooting of the film (Firangi) one of the artists lost his life with whom, I had many scenes in the film. After shooting for few scenes, the next day I get the news that he is no more whereas we were supposed to shoot few more scenes. Post this news, I got really nervous and negative. The only person who made me positive was Maan Sahab, said Kapil."

Further sharing about his stressed situation Kapil shares, "The film got delayed due to the climatic conditions and we were already booked for the show in Australia. So, I asked the organizers if they can cancel the show, we will pay a more amount of what they have spent for the show. But, they couldn't cancel the show as the seats were already booked. As we reached Australia from the first day itself I was very upset. Just when the show was about to start a girl came to me talking about an artist (Chandan Prabhakar) who is my childhood friend and in fact, I busted on him and abused him. We have had many fights since childhood but, it never came out as we both were never so popular. He did hit me few times and didn't perform with her while; I had to perform for a long duration and instead of staying cool I was in a stress due to this mess. I am a bit impulsive. The shows went great but, post that my friend Chandan left the hotel and didn't meet me. I really wanted to meet him and say sorry as I had hurt him by not listening to his side of the story. Just before we were supposed to leave from Australia I saw him. As soon as I saw him I gave him more bad words but, then he gave me back."

While talking to the media, Kapil also said that he is only sharing these things to tell people that with no intention but, the stress and circumstances made him raise his voice, which became the talk of the town for the people.

"Even Sunil was around and was worried about why did I react the way I did that day. He shouted at me due to my behaviour with Chandan as he was also concerned about me. I and Sunil know each other since 9 years and have been working together for 5 years. I do not have any complaints about Sunil just that if I would have been in his place on that day would have asked him, "Have worked with you since 5 years now but, have never seen you this way, why are you behaving so weird?" these things would not have happened then. But, even today there's nothing and everything is fine. I even texted Sunil as I wanted him to launch the trailer but he couldn't come as he's in Canada for his show."

Talking about the rumours that started building-up post their spat Kapil said, "Yes I am impulsive but, what can I do? I can't even change myself but, I am clean from my heart. I had also read that the team did not wait for Kapil and they had their meal so, was the reason of the dispute. Was I coming from a different flight? I didn't even throw a shoe at anyone; I had worn the slippers that were given by the flight attendants. It really upsets when people make such stories."

"And frankly speaking I had really gone into depression post this. This is the truth that negativity sells more and it really affected my life as I couldn't take what all things were written about me. I started getting anxiety attacks. I really love my team and I miss their faces. My behaviour is such that ones I am close to someone I cannot detach myself, said Sharma."