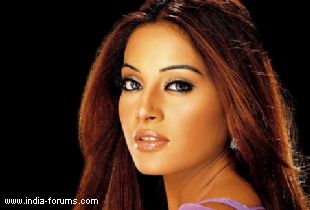 Mumbai, Aug 29 Bipasha Basu Monday denied she had any fallout with the Bhatts and said that they were waiting to give her a strong role, which they finally have done in 'Raaz 3'.

'I don't know what is this whole discussion about the patch up because I love the Bhatts. Bhatt Saab (Mahesh Bhatt) is very dear to me, Mukesh ji (Mukesh Bhatt) is also very dear to me. I always say that Vishesh Films is like my own production company. So there was no fall out with them.

'It was just that we were waiting for the right kind of role and they did not want to disappoint me with something that was feeble. They wanted to give me a strong role. We got that in 'Raaz 3' and we are excited that we are all going to be working together,' Bipasha told reporters here on the sidelines of an event organized by shampoo brand Pantene.

'Raaz 3' that will be helmed by Vikram Bhatt and is slated for a July 6, 2012 release is the third part of the 'Raaz' franchise and will also star Jacqueline Fernandez and Emraan Hashmi.