What is your fitness mantra?
Eat right and do the necessary work outs.

What’s your fitness routine?
I don’t have any fitness routine as such. I try to hit the gym twice a week, however at times I even fail to do that. It gets so hectic that I can barely catch up with 4 hours of sleep; I can’t find time to do anything else. That is why I make sure I eat right, which compensates for my missed work outs. 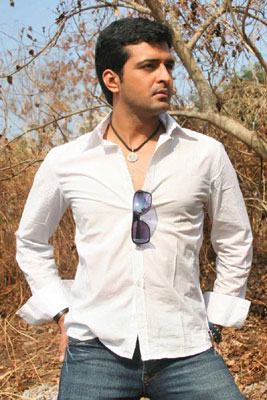 What’s your ideal diet?
I make sure I have a good breakfast, followed by some chicken and little rice and a roti. I end my day with a nice sabji, some salad and roti. Normally, the gym freaks would stay away from rotis, but I really want to make sure I get the right proportion of everything.

Can you keep up to this diet plan on the sets as well?
It’s been five years since I haven’t eaten on the sets. Until and unless it’s a do-or-die situation where we are shooting till late night, I avoid the set food. There is nothing wrong with the food provided, but nothing can beat home-cooked food.

What’s your take on the six-pack craze going around?
To tell you frankly, I am not a big fan of the six – pack abs. If it’s going to make your face look bad, then what’s the point in having a flat stomach, and yet look like someone’s taken the pulp out of you? Shahrukh really went out of his way for the six packs, but you can see that the charm on his face has gone. The same goes for Shekhar Suman as well. Salman, Akshay Kumar and John have a flat stomach, and they’ve maintained their facial charm as well. Even in women, some women go out of their way to be thin, and they lose their glow and they look quite drained out and unhealthy. Koena Mitra looks like someone’s taken the life out of her. Its fine to focus on the six-packs if it’s absolutely needed may be for six months or a year, but you can’t pull it off for a long while. It’s important to look good, but it’s more important to be healthy.

Anyone from the industry you idolize as a fitness freak?
I would have to say, my dear friend Amit Verma. He is a complete fitness freak. He is so conscious about what he eats, and how he looks. His face is round but he wants to look lean. I don’t think he mentions any other word so much as the word, ‘LEAN’. I sometimes wonder if that’s the name of his girl friend, he’s simply obsessed with that word. (Laughs)

A message to your fans to be fit and fine..
Please don’t go ga-ga over the flat stomach and fitting in a certain size so much, that it just takes the life out of you. Make sure to have lot of vitamins and proteins in your diet. Have some boiled chicken, or steamed fish in your diet along with lots of water. Try to work out, even if it’s a quick jog for 15mins. At least let the stress sweat off. Live a healthy life. By this, not only will you look the best, but you’ll also feel the best. 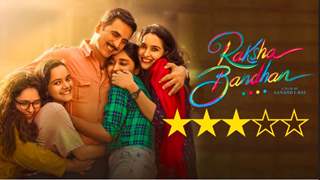 13 years ago I completely agree with Sachin. Since SRK got his six pack abs, his face completely lost it''s charm, he started looking old and tired. Guys sometimes think that 6-packs are all girls are looking for, but it''s not true AT ALL. The men I find hottest are Sachin and Hiten Tejwani. They don''t have the conventional 6-packs but look MUCH hotter than men who have huge muscled bodies. Great smile and eyes are the first things that attracts girls in guys:P

14 years ago nope! I agree with him 100%
omg...he is SOOOOOOO right about losing the charm and all. eating right and exercising is the best way to stay healthy. and I dont think just because he doesnt hav six-pack thats why he's not a big fan of six-pack. thats just BS. As long as one is healthy, no one needs to go all out with a six-pack...he doesn't need it! I personally think that he is Hot and fine just the way he is!!!
Love him for his honest comments and self-worth! :D

+ 2
14 years ago I get what he's saying and all. But my guess is he's no big fan of six pack abs because he doesn't have them. We all have a right to look the way we want, exercise and eat the way we choose. Its a personal thing, but his comments sound like sour grapes.

desiest12 14 years ago VERYY EDUCATEDD PERSON TOTALLY AGREE WITH EVEYRHTING HE SAID..ITS TRUE SOME GUYS HEAD LOOK SOO SMAL CUZ OF THEIR BIG BUDDIES PLUS ITS PERSONAITY THAT MATTERS ANYWAS U SHUOLD LOOK NICE THATS ALL KEEP UP THE GOOD THIKING

+ 2
14 years ago i think sachin is already very attractive the way he is. his smile can make any girl's heart melt, i don't think he needs to have six pack abs to get a girl's attention.

he's so right when he talks about the charm going from srk's face and koena mitra looking lifeless.

you go sachin! we love you just the way you are!

+ 5
14 years ago hahaha yeh i agree with him tooo...only some have what it takes to have a six pack and the face charm...