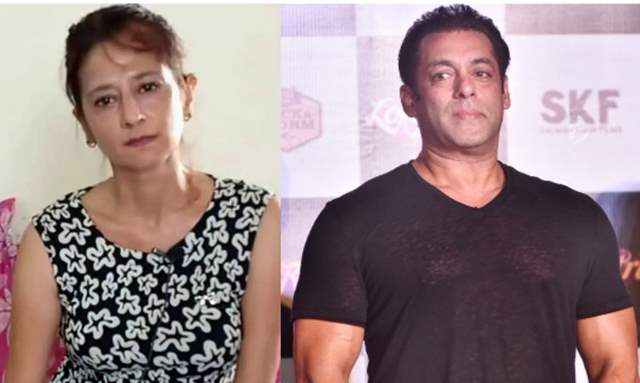 Bollywood actors tend to go out of work and hit a rock bottom. At such crucial times superstar Salman Khan is best known for lending a helping hand and providing them with the necessary backup.

Back in 2018, the Dabbagg actor had come forward to help his co-star Pooja after she was suffering from tuberculosis and lung-related ailment. Once again she is in dire need of his help as a recent Navbharat Times report suggested that Pooja has COVID-19 like symptoms but she has no money to get tested.

In an interaction with Navbharat Times the Veergati actor said, “I am in a bad shape since the past week. First, I got cough and then fever. Since the past few days, I have high fever the whole day. I think it’s because of the change in weather. Don’t think I have coronavirus because I am coughing. I am not going to die soon. I don’t have dry cough. This is all because of the weather.”

She further added, “I am also scared but I don’t have the money to get myself tested for COVID-19. Now I can’t borrow from someone and get myself treated.”

She was also quizzed about the condition of coronavirus cases in her vicinity, to which Pooja revealed that she was in a secure zone. But now, four positive cases have been detected near her house

“For the last few days, I have lost my sense of taste as well. I am eating plain and simple khichdi,” added Pooja Dadwal.

Furthermore, she talked about Salman Khan and how he has helped her when she needed it. She also revealed how no one comes forward to help except for him.

I have earlier asked for Salman’s help and he came to my rescue. He helped me with my treatment in Mumbai for six to eight months and later he took care of my living in Goa. Today, once again I am in trouble and asking for his help. I don’t feel like pleading for help each time from Salman but no one else comes forward to support and help except Salman. I am once again in trouble Salman, please help me.

The 54-year-old actor has helped several actors and it seems he might also help Pooja.

Apart from that, according to the Federation of Western Indian Cine Employees (FWICE) Salman Khan has also offered financial aid for 25,000 daily wage workers from the film industry in the wake of the national lockdown.

phadukaran 1 months ago look at the timing of this article how, it comes out right around time, Big stars and directors are accused of recent turn of events.