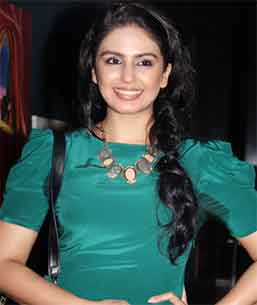 Actress Huma Qureshi says she doesn't care about any rumours surrounding her camaraderie with "Gangs Of Wasseypur" producer Anurag Kashyap.

"At the end of the day, I don't want to say anything about it. I just laugh it out. I rather let my work do the talking. Ultimately, today you will talk about it, tomorrow you will forget about it. Eventually what matters is your work," she added.

If grapevine is to be believed, Huma's link-up with Kashyap, who gave Huma her debut project "Gangs Of Wasseypur", is causing trouble in the filmmaker and his wife, actress Kalki Koechlin's life.

In the meantime, Kalki and Huma are awaiting the release of their film "Ek Thi Daayan", which hits the screens April 19.

Kalki has hardly been seen during the movie's promotions.